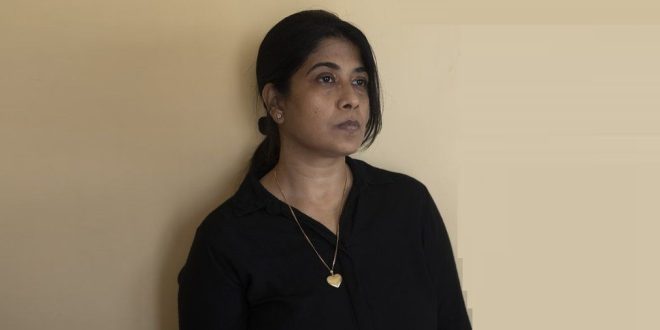 NEW DELHI: More than half a million people have officially died so far because of Covid-19 in India – the WHO reckons the actual toll could be nearly 10 times higher. More than two years since the pandemic began, many are still grappling with their losses, and a memorial to mourn people lost to the virus has met with a surprisingly underwhelming response. Is India in a haste to bury the memories of the pandemic? 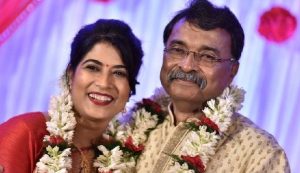 A year ago, a couple battled Covid-19 on different floors of the same hospital in the eastern city of Kolkata.

As her husband’s condition deteriorated in intensive care, Papri Chaudhuri, still feverish and weak, yanked off her intravenous line, and begged nurses to let her see him.

So they slipped her into protective gear, made her wear a face shield and gloves, plonked her on a wheelchair and smuggled her into the ICU.

“I can’t even breathe now,” Arup Prakash Chaudhuri, strapped to a breathing machine through a nasal mask, whispered. Then he began sobbing and inertly held his wife’s gloved hand.

Four days later, Arup, a government engineer, an ace swimmer and father to a 23-year-old daughter, was dead, another grim statistic of the catastrophic second wave of the pandemic that swept through India last summer. 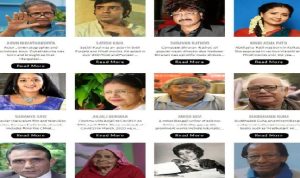 A year later, Chaudhuri says she has sunk deeper in grief.

Once a stubborn atheist, she has turned to spirituality and become a believer in life after death. She has endured many losses – she lost her father when she was in her twenties, and her mother suffered from Alzheimer’s disease soon after. “But Arup was my wall. He was my sun. The wall has collapsed, and the sun has extinguished,” she says.

Chaudhuri, 48, has stopped dressing up, eating her favorite food, going to family functions. She wears her husband’s ashes in a pendant. She cries in the shower, she says, “asking him to hug me one last time”. Glib condolences leave her cold.

“I am carrying my grief. I am not coping with it. I have dug a hole in my heart and placed my husband there,” Chaudhuri says.

She believes she has surrendered to the tyranny of grief, but she has not given up on life. She has signed up for evening classes in psychology, so she can become a qualified therapist. She gets on the phone and counsels people who have suffered similar loss. “Find some work outside your daily chores. Find out what unfinished work you have in your life,” she texted a grieving widow recently. 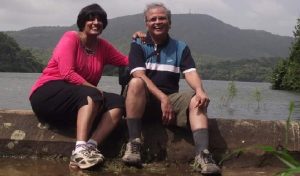 Chaudhuri is writing a memoir about her three-decade-long marriage and how the virus upended her family. And she’s trying to raise interest in a memorial for the Indians who have officially died of the pandemic so far.

“People seem to be forgetting the horrors of the pandemic. They think what happened was destiny. A memorial for the victims is important. It offers a closure of sorts,” Ms Chaudhuri says.

In February, she contributed some memories of her husband to a virtual memorial, launched by a group of doctors and social workers and the only one of its sort in India.

“It feels like someone has plunged a knife in my throat, such that neither can I live with it, nor can I die,” she wrote.

A year on, only 300-odd Indians who died in the pandemic are listed in the memorial. In February, organisers sent Right to Information (RTI) requests to India’s 29 states to provide names of people for whom government compensation had been sought after death due to Covid-19. Only 11 states responded, providing just 182 names.

“Even getting the names of the dead is an ordeal. I think we want to forget quickly. It could be due to fatigue or an attitude of ‘what’s gone is gone’,” says Dr Abhijit Chowdhury, who initiated the memorial. “Are our memories short-lived or do we live in denial?” 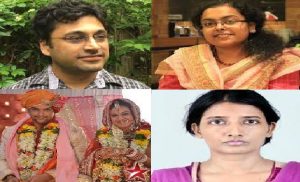 It is difficult to say. Millions of Indians are still mourning the loss of loved ones, many of which were premature and sudden. The collapse of the health system – shortage of hospital beds, essential medicines, even oxygen – during the pandemic meant many deaths were preventable. People died in isolation; and families could not attend funerals because of lockdown protocols.

To many grieving kin, India appears to be in haste to move past the crisis by denying that there had been substantial undercounting of the dead. “Denial makes forgetting easier,” Dr Chowdhury says.

Yet, the nature of mourning is changing. As more Indians have moved to cities and into nuclear families, grief has become more private and closely held and less communal and performative. Families struggling with isolation and anger after losing their loved ones are finding newer ways to try alleviate grief and anxiety.

Some people are trying to form support groups. A month after her 59-year-old doctor husband, Shridhar, died of Covid-19 in the western city of Pune, Rajani Jagtap, also a doctor, launched an online support group called Staying Alive to counsel people who had lost their loved ones. 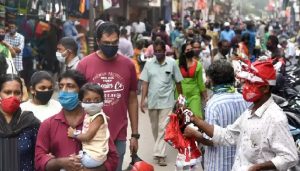 Today, it has 60 members, including an art therapist, a clinical psychologist, a lawyer and a yoga instructor. Most of the members are women: one lost her husband to the virus a few years after losing her baby; another lost her husband and the wife of her husband’s brother in the same hospital on the same day. Many, like Dr Jagtap herself, experienced some form of closure after carrying out rituals a year after the demise.

“The experiences are similar,” Dr Jagtap says. “There’s disillusionment with the health system which failed to save their loved ones, some blame doctors. Many women feel alienated after facing problems with their in-laws. There’s the usual anguish and anger: ‘Why did this happen to me’ “but I don’t think we forget. Families are protective. A memorial, of course, is a great idea.”

Grief, many say, is also a privilege for many people. “For most Indians there’s no time to grieve. The well-off, privileged, urban people have time. For others, grieving is a set of rituals that you finish quickly and get on with life because the challenges of living are harder,” says Soumitra Pathare, a leading psychiatrist.

“It doesn’t mean you don’t feel sorrow. You just don’t have the time to grieve.” 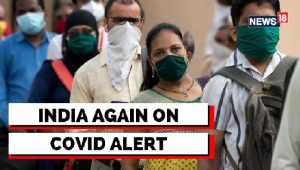 In the end, a wrenching loss is intensely personal. When the dreaded phone call came from the hospital late on a humid summer night last year, Ms Chaudhuri asked Tanwisha, her daughter, to take it. She left the room with the phone.

She returned a little while later, looking ashen.

“Mom, will you become like your mother now?” Tanwisha asked.

Grief brings with itself new fears.