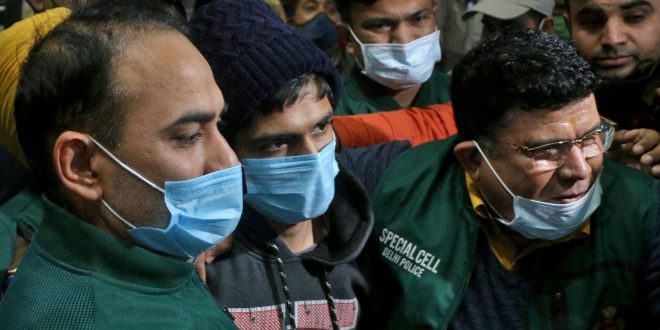 NEW DELHI: Indian police said on Thursday they had arrested a 20-year-old man they suspect created an online app that shared pictures of Muslim women for a virtual “auction”, as an investigation into the case of communal harassment widened. 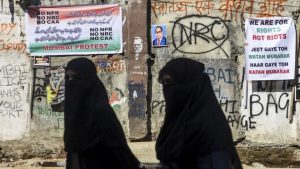 An open source app on the Github platform called ‘Bulli Bai’, a derogatory term to describe Muslim women, had shared pictures of dozens of women without their consent before it was taken down.

KPS Malhotra, a police official in the capital New Delhi, said his team had arrested a 20-year-old engineering student from Jorhat in the eastern state of Assam after a probe that involved the state-run Computer Emergency Response Team.

“He is the person who had created the Bullibai app on Github. He had also created the Twitter handle @bullibai and other handles,” Malhotra said.

Police in the western city of Mumbai, who are also investigating the app, have separately arrested three people this week, including two 21-year-old engineering students and an 18-year-old woman.

Mumbai police said they were investigating whether the app, which did not involve any actual auctioning of people, was part of a “larger conspiracy”. 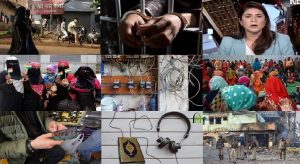 Several Indian Muslim journalists were targeted by the app, including Ismat Ara who filed and then shared on social media a police complaint on Sunday that said the app was “designed to insult Muslim women”.

“After today’s arrest by @DelhiPolice, I hope the culprits behind this elaborate harassment of Muslim women, including journalists like myself, will ultimately be caught (and) punished,” Ara said in a tweet on Thursday.

Muslims account for around 14% of India’s 1.3 billion population. Some sections of the community have been at odds with Prime Minister Narendra Modi’s administration and Hindu right-wing supporters, including over a controversial 2019 citizenship law that triggered large-scale protests.

The youngest of those arrested so far is from the northern Indian state of Uttarakhand. The 18- 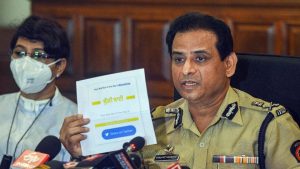 year-old began spending time on social media and made contact with Hindu right-wing users after finishing her school-leaving exams last year, a local police official who spoke to her earlier this week told Reuters.

The official, who declined to be named, said she had told him that her actions were based on Hindu right-wing ideology, which she had picked up on social media platforms, including Facebook, WhatsApp and Twitter.

“She came to social media to distract herself but she kept getting entangled in it,” the official said.