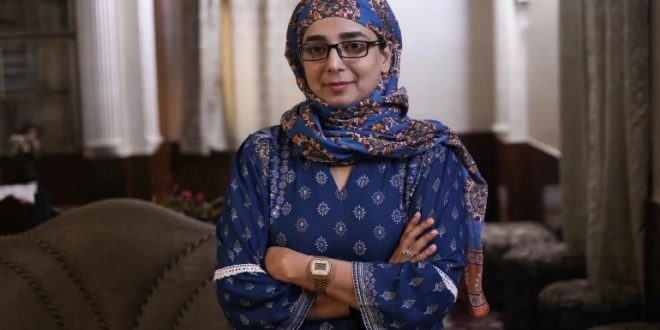 NEW DELHI: When Ishrat Jahan walked out of a prison in the Indian capital last week, she was hugged by her sister and they burst into tears as relatives gathered around to welcome her back home after more than two years of imprisonment.

“I missed my family a lot. This separation was very difficult for me,” she told Al Jazeera a week after her release from jail. 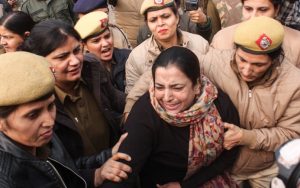 Jahan, a 31-year-old activist, was arrested along with dozens of other Muslims in February 2020 during mass protests against a controversial citizenship law passed by Prime Minister Narendra Modi’s Hindu nationalist government in December 2019.

The Citizenship Amendment Act (CAA) allowed non-Muslim migrants and refugees from India’s neighboring countries to secure Indian citizenship if they arrived in India before December 2014. Read together with a proposed National Register of Citizens (NRC), many feared the CAA-NRC plans were aimed at disenfranchising the Muslim minority.

The passage of the CAA and fears over a potential NRC triggered a wave of peaceful demonstrations across India, with Muslim women leading the sit-ins at various places, including at Shaheen Bagh, a working-class Muslim-dominated neighborhood in southeast Delhi, which turned into the epicentre of the protests. 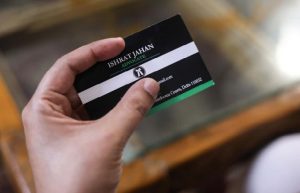 Jahan, a lawyer and former municipal councilor elected from her locality, organized one such female-led protest in East Delhi’s Khureji area.

Irked by the protests, some leaders and ministers belonging to Modi’s right-wing Bharatiya Janata Party (BJP) encouraged their supporters to suppress the sit-ins and even “shoot” the protesters.

The hate speeches led to an outbreak of religious riots in eastern parts of Delhi in the last week of February in 2020, killing more than 50 people, most of them Muslims, while dozens of houses and mosques were torched.

The police, accused by victims and witnesses of colluding with Hindu mobs during the violence, made a series of arrests of anti-CAA activists, charging them under a stringent “terror” law, called the Unlawful Activities Prevention Act (UAPA).

Most of those arrested under the UAPA and other laws continue to languish behind bars while legal cases and investigations proceed at a snail’s pace.

Jahan was arrested on February 26, 2020, two days after the Delhi riots erupted, with police first charging her with rioting and unlawful assembly and later accusing her of being part of an alleged conspiracy to foment religious riots in the capital. 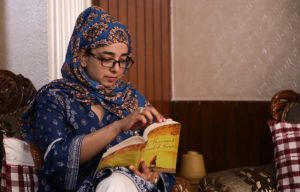 Recalling the day the police arrested her from Khureji’s anti-CAA protest site, Jahan said she received an “ominous call” that morning.

“The caller told me some protesters were backing off from the site,” she said but the moment she reached the location, there was no one there except a large posse of police. She said she found herself “alone and speechless” as police officers swooped in on her and whisked her away in a vehicle.

“I could not understand why I was being detained,” Jahan said.

On March 14 last week, in a rare instance, a trial court in Delhi granted bail to Jahan despite her facing charges under the UAPA, which bans bail for an accused if the police can establish a prima facie case.

Jahan’s lawyer Pradeep Teotia argued before the court that police had falsely implicated her with no evidence to link her with the Delhi riots.

The court upheld the view, noting that the role of Jahan “who is a woman … persuades this court to allow the present application for bail despite the embargoes” in UAPA and other laws.

Jahan said she has not come to terms with why she was held in a high-security prison for more than two years. She asserted she was “wrongly framed” as she dismissed the charges of conspiracy, saying the anti-CAA movement stood for democracy, secularism and constitutional equality. 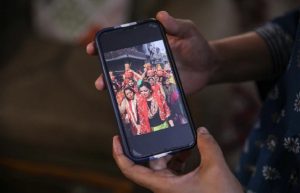 “Our protests had no link with violence whatsoever,” she said. “It was also a big example of women’s empowerment.”

Jahan said she was offended by police branding her “a terrorist” and alleged she was subjected to “mental torture” during the interrogations.

“They (police) created a bogus picture and tried to fit me in it. They tried to link me with some people. They showed me photos of different people and tried hard to get a confession from me,” she said.

“My parents have taught me to believe in the constitution. I have studied law. It had never occurred to me that a woman who believed in secularism would be charged with terrorism.”

Jahan said she was treated differently in the jail from the rest of the inmates. “I was put under extreme surveillance. Unlike other inmates, I was given no work to kill time. Inside jail, a minute feels like a day.”

She said the first six months of the coronavirus pandemic were the most difficult for her in the jail as the government had imposed a countrywide lockdown to curb the spread of the virus.

“There were no physical or virtual meetings due to the lockdown. I did not see the face of anyone in my family for months. I was kept in two-week isolation inside a cell at least seven times. Those six months were really painful,” she said. 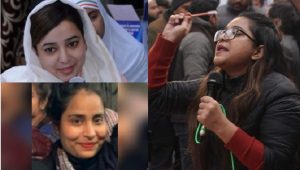 “I got to know what real hunger feels like. I understood the pain of separation from your loved ones,” she said, citing a poem by famous 18th century Urdu poet, Mirza Ghalib.

Jahan said she was equally worried about her family who were also questioned and harassed when she was in jail. “But they never left me on my own,” she said.

“During lockdown, they put their health at risk for me. Everyone in my family got infected with coronavirus. When everyone was confined to their homes, my sister came out and ran from pillar to post in her struggle for justice.”

Jahan’s sister Sarwer is also a lawyer. “It is truly a battle we have won legally,” Sarwer said.

In June 2020, Jahan was granted 10 days’ bail to get married. “It was an unbelievable moment for me to be allowed to go home and marry. I am grateful to the judiciary for trusting me.” 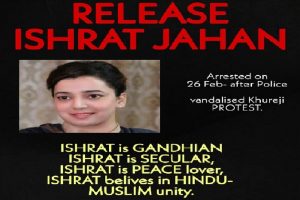 On the sixth day of her marriage, she returned to the jail. “We were all in tears. Marriage means you think of a new family, new life, new people and you get to sit among them and talk to them. But I could not enjoy that privilege,” she said.

Jahan’s husband, Farhan Hashmi, told Al Jazeera he does not want anyone to go through what his wife has suffered. “Her hands were covered in mehndi (henna) when I said goodbye to her at the jail gate. It was a painful moment.”

In the jail, Jahan said she saw the many problems prisoners faced and stressed the need for prison reforms.

“Inmates, particularly women, do not have access to lawyers. Family meetings are rare. For a five-minute call, they have to wait for months. Most people have no clothes or money,” she said.

Jahan said she is concerned about the safety of her co-accused, who are still in jail.

“I pray that they stay safe. Some of the families are facing financial crises. They need our support. I have full faith that they will be out one day.” (Al Jazeera)