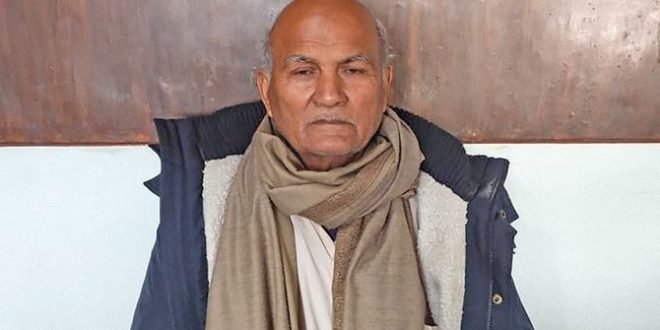 NEW DELHI: When Brahmadev Mandal, an 84-year-old resident of India’s eastern Bihar state, got his first coronavirus vaccine dose in February last year, he said he felt, what was a “great improvement” in a knee pain that had bothered him for years. 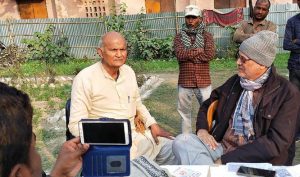 After the second dose, the retired clerk said he no longer needed to use a cane to walk and decided to get vaccinated every month.

Mandal, who then went on to get jabbed at least another 10 times and keeps a diary of all his doses, has been charged by police of abusing the vaccination system. According to one entry in his diary, the father of six and grandfather of ten was vaccinated twice in the span of ten days last September.

“For me, the vaccine was some kind of treatment and way to achieve better health,” Mandal told Arab News on Sunday from his village, Aurai. “I know a case has been registered against me, but I will seek judicial redressal.”

The police charges against Mandal fall under sections 188 (disobedience to order duly promulgated by public servant), 419 (cheating by personation), and 420 (cheating) of the Indian Penal Code, all non-bailable offences. 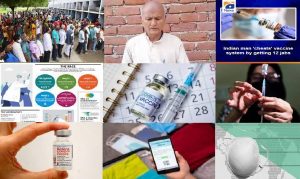 Despite the police case, Mandal said he wouldn’t mind getting a 13th jab “if the opportunity comes.”

Mandal spoke to Arab News before a visit by police to his house on Sunday night, by which time he had fled. His wife said officers broke the lock of the couple’s bedroom, calling it “harassment.”

“I don’t understand, what is the crime of my husband?” Nirmala Devi, 80, told Arab News.

She said Mandal had tried all kinds of treatments for his back and knee aches, even traveling to see doctors in Bhagalpur, a city 100 km away from his village “but he started seeing a difference in his pain after he got the vaccination and that’s why he got used to taking jabs at regular intervals,” Devi said.

Deepak Dharamdas, the Station House Officer at the Aurai police station, confirmed police had visited Mandal’s home on Sunday night but he had absconded He denied police had vandalized his house. 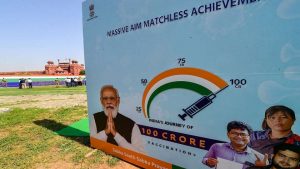 “How can you trust a man who has taken 12 vaccines by producing different documents? He is a fraud,” Dharamdas said.

Health workers, upon whose complaints the police registered a case, said Mandal had “exploited loopholes” in the vaccine registration system.

In order to get vaccinated, Indian residents need to register on the government’s CoWIN platform using their national identification numbers. The system then directs them to designated vaccination centers but in rural areas like Madhepura district where Mandal lives and where access to the internet is limited, data from locally organized vaccination camps is often not immediately uploaded to the system.

“Mandal took advantage of that,” Dr. Abdus Salam, an additional chief medical officer in the district, told Arab News. “We are now trying to address this.”

Mandal’s case is not the only one that highlights shortcomings in the registration system.

To mark Indian Prime Minister Narendra Modi’s birthday on September 17, states competed in the number of jabs administered on that day last year. When Bihar was declared the winner with 3.4 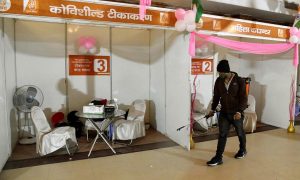 million out of 25 million jabs recorded across the country, an investigation by local journalists found that the figure had been inflated by state authorities, with data from previous days withheld and uploaded to the system during the contest.

Madhepura-based journalist Kumar Ashish, who works for the Hindi-language daily Prabhat Khabar that broke the news about Mandal, said the police case against him was an attempt by local officials to “save their skin” after failing to maintain transparency in data.

“The man is lucky that he does not have any side effects,” Dr. Ashim Gupta from Madhepura said, listing pneumonia, kidney problems and heart problems as some possible complications. “It’s a matter for research. I want to examine Mandal.”

He added that Mandal’s belief that the vaccine jabs had cured his knee was probably just a “psychological impact.”

The doctor warned, “there are chances of sudden death also if you take an overdose of vaccines.”