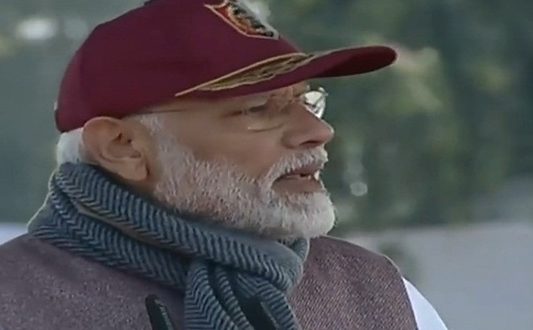 Prime Minister Narendra Modi has said the Indian Army has been giving befitting reply to the enemies of the country. Mr Modi said India is a peaceful country but it has the will and power to protect its boundaries at any cost in adverse situation.

Prime Minister also appreciated the role of NCC cadets for their immense contribution during Kerala floods. Mr Modi said, India is a country which is full of aspirations and is working to achieve the aspirations. He said, the government is doing all efforts so that dreams of the youth get fulfilled. He said, only hard work by youth will help in achieve their dreams.

Earlier, cadets from all  three wings of the armed forces, Army, Navy and Air Force presented Guard of Honour to the Prime Minister followed by a march past by contingents. The Prime Minister also presented  awards to the best cadets in different categories.