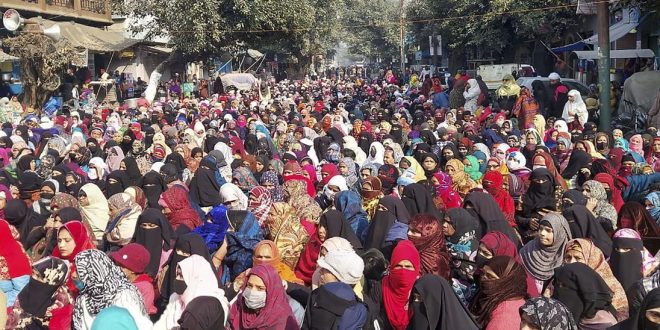 NEW DELHI/ HALWANI: India’s Supreme Court has put on hold the demolition of more than 4,000 homes that were allegedly encroaching on land belonging to the railways in Haldwani town in the northern state of Uttarakhand. 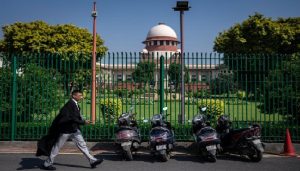 “There cannot be uprooting of 50,000 people overnight. There has to be segregation of people who have no right on the land and the need to rehabilitation while recognizing the need of the railways,” the top court said in its order on Thursday.

On December 20, an order passed by the high court of the northern state declared 4,365 houses adjacent to the railway line in Haldwani’s Banbhulpura colony “illegal” and therefore to be demolished.

The Supreme Court has sought replies from the Indian Railways and the Uttarakhand government and will next hear the matter on February 7.

The top court’s ruling comes as a relief to about 50,000 people most of them Muslims in the Himalayan town, situated about 300km (186 miles) from the federal capital New Delhi.

Residents who gathered in two places, women and men separately, for community prayers since Thursday morning, said they were relieved and thankful to the top court for considering their pleas from a humanitarian angle.

Rashmi Singh, a Supreme Court advocate whose office had drafted the petition on behalf of the Banbhulpura residents, called it a “good order”. 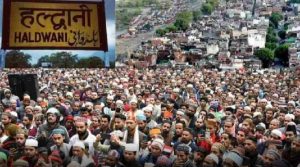 “The main argument that the court found to be meritorious was that you can’t uproot so many families in a week’s time as some of them are leaseholders, and many have got the property fair and square through public auctions carried out by the state,” she told media.

“All these questions need to be examined and you can’t pass a blanket order for the entire locality. There needs to be some designated authority that will decide on each and every claim made by the people.”

Singh said the top court has not commented on whether or not the land belongs to the railways. Even if it is assumed that it is railway land, displacement of people without providing them rehabilitation is not possible, she added.

Rights activist Shadab Alam, also a resident of Banbhulpura, said, “It is commendable that the Supreme Court considered the pleas of the people which were not presented before the Uttarakhand High Court.”

‘I have the documents’

Braving the biting cold, hundreds of women had been holding a sit-in in Banbhulpura against the eviction drive for more than a week. Residents say they have been living in the neighborhood for decades and had the government documents to prove ownership. 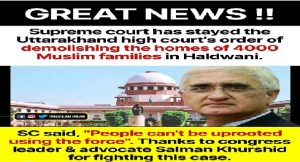 Saba Fathima Khan, a 21-year-old undergraduate who also teaches in a local school and regularly participated in the protests, said, the planned demolition drive was a “targeted attack” on a Muslim-majority area in the right-wing Bharatiya Janata Party-ruled (BJP) state.

“When the country was not divided into two nations India and Pakistan since then people have been residing in this area. My father, who is now 50 years old, has stayed here all his life,” she told media on Thursday, referring to the partition of the Indian subcontinent in 1947.

Mohammad Siraj Khan, who runs a business making steel cabinets, showed his documents, which go back to 1940 when his ancestors first settled in the area. “I have all the original documents. Why should I move away from here?” the 30-year-old asked media.

Ashfaq Hussain, an auto-rickshaw driver, moved to Haldwani from neighboring Uttar Pradesh state 20 years ago after selling his ancestral property.

“If the said demolition happens, I will be left with nothing. Though I have valid papers of my land, I cannot fight with the administration,” he told media. 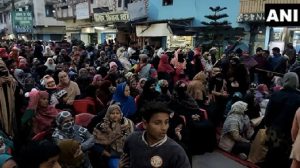 Besides demolishing residences, the planned “anti-encroachment” drive included nearly 15 schools, five of them run by the government mosques, shops and health clinics. A government primary school in the colony is reported to be more than 100 years old.

“Take our lands if you are acquiring from Kathgodam to Lal Kuan but those areas are not on the demolition list,” Hussain said, referring to other neighborhoods along the railway tracks.

Several legal experts had questioned the Uttarakhand High Court’s “arbitrary” order to demolish so many homes. Lawyer Singh said the order did not mention a provision for the rehabilitation of the displaced, adding that it contradicts the Public Premises Eviction Of Unauthorized Occupants Act of 1971.

“Appeals of more than 1000 residents of Banbhulpura were pending before the district magistrate. The court by passing the eviction order has rendered all of that infructuous. You have short-circuited the entire mechanism of remedies available to these people and curtailed their rights provided to them under a proper statute,” she told media on Wednesday.

“Instead of addressing the injustice being perpetrated against these people and preserving the fundamental right to shelter guaranteed by Article 21 of the Indian constitution, the high court has added to the injustice,” she added. 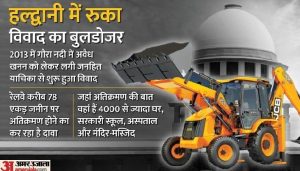 Banbhulpura also has a small number of Dalits, the former “untouchables” who have been marginalized for centuries and fall at the bottom of India’s complex caste hierarchy. More than 100 homes in the colony belong to them.

Veervati, who goes by one name, is a 70-year-old Dalit woman who works as household help. She said her in-laws had been living in Banbhulpura for more than a century. Her family, which includes her disabled son, has nowhere to go if their home is demolished.

“Since we heard about the demolition, we are unable to eat anything or go to work,” she told media.

In Uttarakhand, some BJP leaders have been pushing the so-called “land jihad” theory, an alleged conspiracy theory by Hindu groups that claim Muslims are illegally occupying Hindu lands in a bid to change the demography of an area.

Several political and religious leaders in the state had demanded laws to curb the alleged practice.

In August last year, a local BJP politician wrote to Uttarakhand Chief Minister Pushkar Singh Dhami demanding the formation of an expert committee to study the various aspects of “land jihad”. A month later, Dhami’s government ordered state officials to track “illegal land deals” but Hussain, the auto-rickshaw driver, said the authorities should “either leave our houses or kill us too”.

“I want them to bury me under the wreckage of my house, but I will not leave.” he said.