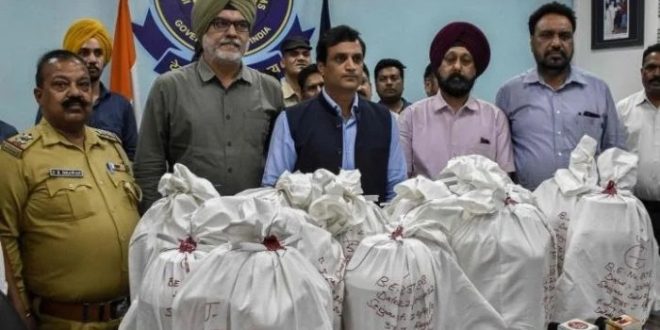 AHMEDABAD/ NEW DELHI: Indian authorities seized 90 kg (198 lbs) of drugs worth $58 million from a port in the western state of Gujarat, a police officer said on Saturday, and the third such haul in two weeks. 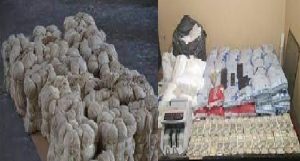 Friday’s seizure was made from a container that arrived in the port of Pipavav at a time when India has stepped up vigilance on its western border to prevent drug smuggling from Iran and Afghanistan.

“The container was filled with yarn, but an examination showed that the threads were laced with a heroin derivative, before being dried and converted into bales,” a state police official told media.

The heroin mixed in the threads would have required to be extracted, the federal government said in a statement.

This week, police seized 56 kg (123 lb) of heroin worth $37 million and arrested nine Pakistanis in a marine operation. Authorities also seized 205.6 kg (453 lb) of heroin, valued at $188 million, from the Gujarat port of Kandla this month.

India has accused neighbor and arch rival Pakistan of encouraging drug mafias to run networks across the border, a charge that Pakistan rejects.

Share
Previous Eid-ul-Fitr to be marked in Saudi Arabia, UAE on Monday
Next US police awards to ‘Karachi man’ for saving citizen’s life