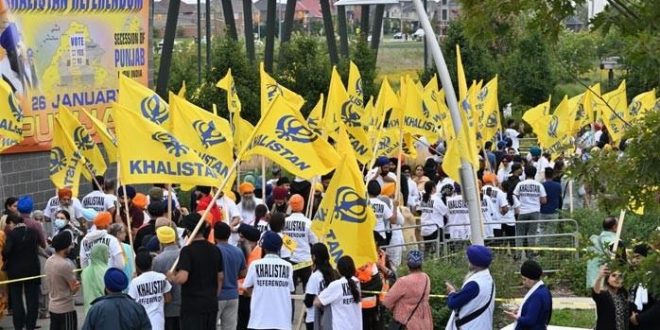 BRAMPTON/ LONDON: Voicing serious “concerns” over what it called “anti-Indian-state activities”, Narendra Modi’s government has protested with Canada for allowing Sikhs for Justice (SFJ) to organise a Khalistan Referendum in the Canadian city of Brampton on September 18, which drew tens of thousands of local Sikhs. 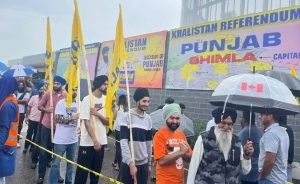 Last week Geo.tv had exclusively reported that relations between India and Canada were on the edge after the latter made it clear to the former that Canadian Sikhs would not be barred from any peaceful and legitimate political activities.

India’s External Affairs Ministry termed the Khalistan Referendum conducted by the SFJ as a “farcical exercise” and added that it had conveyed concerns to Canada about the use of its territory by politically motivated “extremist elements”.

He said the matter had been taken up with the Canadian authorities through diplomatic channels and the government of Canada had reiterated they respected the sovereignty and territorial integrity of India and would not recognise the so-called referendum.

“However, we find it deeply objectionable that politically motivated exercises by extremist elements are allowed to take place in a friendly country. You all are aware of the history of violence in this regard,” he added. 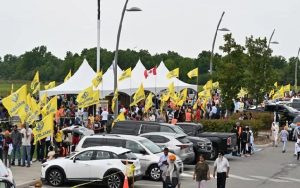 India has condemned the Khalistan referendum held at Brampton, Ontario in Canada on 19 September. The ballot exercise was organised by the pro-Khalistan group SFJ.

The Indian government had hoped that not many would show up for the vote but the video evidence that emerged from the Gore Community Centre shows queues of men and women waiting to vote.

In its reply to Indian diplomatic communications to stop the Khalistan Referendum, the Canadian government said “in Canada, individuals have the right to assemble and to express their views so long as they do so peacefully and lawfully”.

The Hindustan Times reported that the Narendra Modi government was “closely monitoring the rise of Sikh radicalisation, attacks, and vandalisation of symbols of Hindu religion in the UK and Canada and evaluating various options to send a terse message to the two members of the Commonwealth community”.

“It is also watching how British security agencies are turning a blind eye to fundraising activities by pro-Khalistan Sikhs to “fan the separatist movement,” the paper said adding, “The Modi government has decided not to take anything lying down and will respond in kind to these anti-India developments in the two countries”. 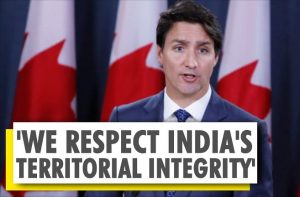 When the voting took place on September 18, it completely defied the generally believed notion that Khalistan sentiment has been relegated to a fringe element only.

In scenes never seen before, more than 100,000 stood in queues to vote for Khalistan Referendum and were successful in doing so while around 50,000 could not cast their votes as balloting was closed.

At the closing time, the queues stretched to the nearest highway and several thousand people were returned.

Gurpatwant Singh Pannun, the SFJ’s Counsel General, has previously said that SFJ and other pro-Khalistan organisations were far removed from violence. “We are for ballot, not bullet. India hates our approach to peace,” Pannun commented.

The SFJ in a statement said in order to accommodate those who were unable to cast their votes, they were gearing up to hold another referendum for which a date would soon be announced. (Geo News)