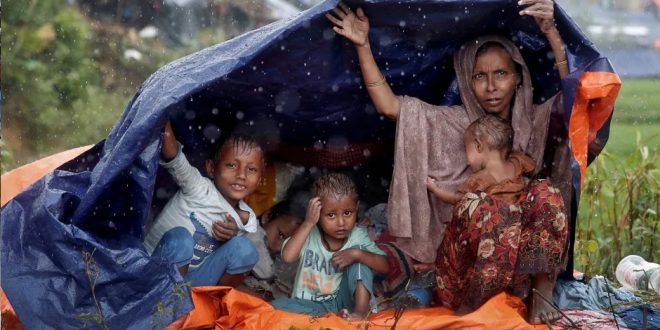 India denies it will provide homes to Rohingya in capital

admin August 17, 2022 International, Top News Comments Off on India denies it will provide homes to Rohingya in capital 586 Views

NEW DELHI: Hours after a federal minister said Rohingya will be given apartments in the capital, India’s home ministry has denied giving such instructions, saying the refugees will continue to remain in detention centres and eventually deported. 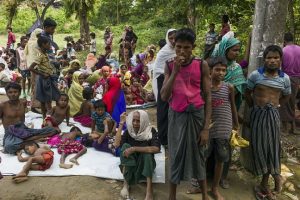 Earlier on Wednesday, Hardeep Singh Puri, Minister for Housing and Urban Affairs, tweeted that the mainly Muslim refugees from Myanmar living in New Delhi will be given apartments and provided with police protection.

“India has always welcomed those who have sought refuge,” Puri posted. “India respects and follows UN Refugee Convention 1951 and provides refuge to all, regardless of their race, religion or creed” but shortly after Puri’s tweet, the federal home ministry, headed by Amit Shah, Prime Minister Narendra Modi’s closest aide denied the media reports.

“With respect to news reports in certain sections of media regarding Rohingya illegal foreigners, it is clarified that Ministry of Home Affairs has not given any directions to provide EWS (economically weaker section) flats to Rohingya illegal migrants at Bakkarwala in New Delhi,” the home ministry said in a statement, referring to a neighborhood in the Indian capital. 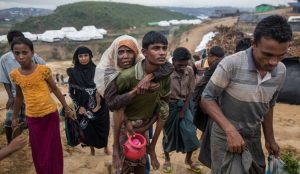 The ministry said “illegal foreigners” will be kept in detention centres till they are deported to Myanmar. “The (state) government of Delhi has not declared the present location as a Detention Centre. They have been directed to do the same immediately,” it said.

Modi’s government has previously tried to send Rohingya back to predominately Buddhist Myanmar, after hundreds of thousands of them fled from persecution and waves of violence in their homeland over the years.

India is not a signatory to the convention, which spells out refugee rights and the obligations of countries to protect them.

Bangladesh is sheltering nearly a million Rohingya in what has turned into the world’s largest refugee camp in the country’s south. 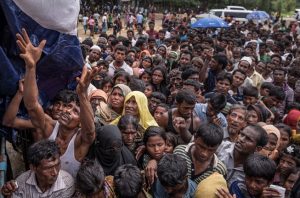 As of early this year, about 1,100 Rohingya lived in New Delhi and another 17,000 elsewhere in India, many of them working as manual labourers, hawkers and rickshaw pullers, according to estimates from Rohingya rights activist Ali Johar.

Johar, 27, came to India a decade ago and lives with his family in rented accommodation in New Delhi. He said some 2,000 people went back to Bangladesh this year amid fears many would be deported as some right-wing Hindu groups continue to target them.