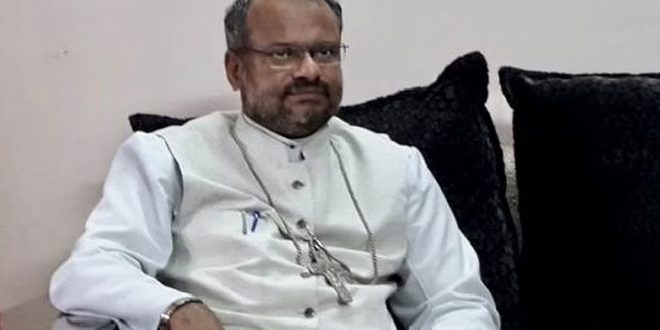 KERALA/ KOTTAYAM/ NEW DELHI: An Indian court has cleared a bishop accused of raping a nun between 2014 and 2016 in a case that had shocked one of the country’s oldest Christian communities. 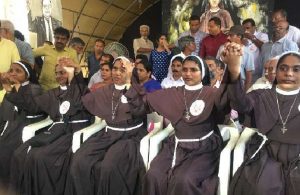 Franco Mulakkal, 54, was arrested from the southern state of Kerala in 2018. He had denied the allegations.

The case sparked widespread protests after the nun alleged that the Catholic Church had ignored her complaints.

The Vatican had temporarily relieved the bishop of his duties.

On Friday, a trial court in Kottayam city of Kerala found him not guilty of the charges.

“The prosecution failed to prove all the charges against the accused,” said Kottayam Additional Sessions Judge (ASJ) G Gopakumar.

The nun’s lawyers said they would challenge the verdict in the high court but the bishop’s legal team said it had “shattered the entire evidence” against him.

“It is a hotly challenged case. It is bound to be taken to the high court. That’s alright,” Raman Pillai, who led the defence team for Mulakkal, told media “but the court said he was not guilty. Clearly, 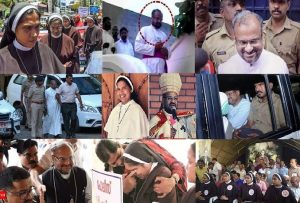 the evidence that was provided by the prosecution witnesses was discarded. This means the charge was false. There was no rape at all,” he added.

Mulakkal was the bishop of a diocese in Jalandhar in the northern state of Punjab. His accuser belongs to the Missionaries of Jesus, a congregation in Kerala that is part of the Jalandhar diocese.

She alleged that the bishop had raped her 13 times and the assaults happened when he visited the convent where she lived in the city of Kottayam, in Kerala.

She had petitioned the Vatican and wrote an open letter to the Pope’s representative in the Indian capital of Delhi in 2018 – which she claimed was her fourth letter to them.

This led to unprecedented protests by nuns and activists who came out in support of the woman.

Several other nuns who protested against the bishop had accused the church in Kerala as well as Vatican officials of turning a blind eye towards the rape allegations. 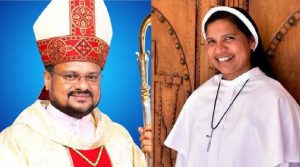 Many nuns had also alleged that they were victimized for participating in the protests, including disciplinary warnings and transfer notices and even expulsion from the congregation.

Friday’s judgment has sparked shock and anger among them.

“What happened is against Christianity,” said Sister Lucy Kalapura, who had been at the forefront of the protests against the bishop. In 2019, she was expelled from the Franciscan Clarist Congregation (FCC) in Kerala.

The FCC had said Sister Lucy was expelled on the grounds that her “lifestyle was in violation of the proper law” of the congregation but she denied this and alleged she was actually dismissed because she took part in the protests.

“This is not against one woman or one lady, this is against many nuns… We will fight till the end of our lives. Justice never dies,” she said on Friday.