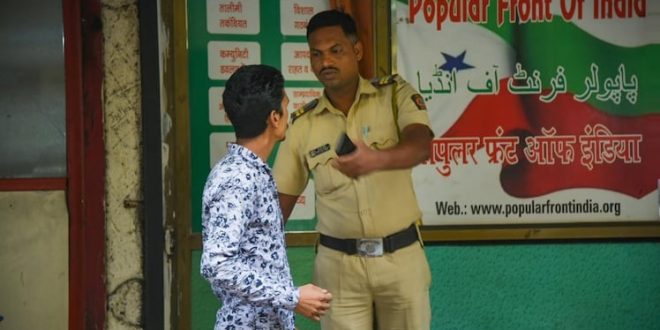 NEW DELHI: India has declared the Muslim group, Popular Front of India (PFI), and its affiliates unlawful, accusing them of involvement in “terrorism” and banning them for five years, after authorities detained more than 100 PFI members this month. 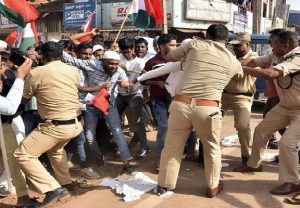 “The Popular Front of India and its associates or affiliates or fronts have been found to be involved in serious offences, including terrorism and its financing, targeted gruesome killings, disregarding the constitutional set up,” India’s home ministry said in a statement on Wednesday.

The government said it found a “number of instances of international linkages of PFI with global terrorist groups”, adding that some of its members had joined the ISIL (ISIS) armed group and participated in “terror activities” in Syria, Iraq and Afghanistan.

The PFI came together in late 2006 to counter Hindu-nationalist groups and was launched formally the next year with the merger of two other southern India-based organizations. It calls itself a “social movement striving for total empowerment” on its website. 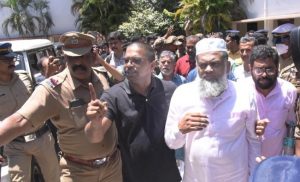 The group on Tuesday denied accusations of violence and anti-national activities when its offices were raided and dozens of members detained in various states.

Mohammed Tahir, a counsel for the PFI, said the government failed to present evidence of the organization receiving outside money and funding “terror” activities in India, or its allegation of organizing riots in cities and attacks on Hindu organizations and their leaders.

The Social Democratic Party of India (SDPI), which works with the PFI on some issues but was not included in the ban, said the government had struck a blow against democracy and human rights.

“Freedom of speech, protests and organizations have been ruthlessly suppressed by the regime against the basic principles of the Indian constitution,” the SDPI said in a statement on Twitter. 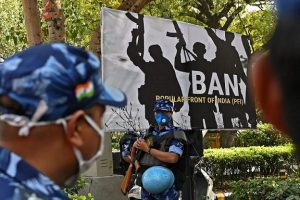 “The regime is misusing the investigation agencies and laws to silence the opposition and to scare the people from expressing the voice of dissent. An undeclared emergency is clearly visible in the country.”

Some SDPI offices were raided and some of its members were detained this month.

Muslims, who account for more than 14 percent of India’s 1.4 billion people, have complained of being marginalized under the rule of Prime Minister Narendra Modi’s Hindu nationalist Bharatiya Janata Party (BJP). Modi’s party denies the accusations but critics say the BJP’s landslide re-election in 2019 has emboldened the home ministry and investigating agencies to declare individuals “terrorists” based solely on accusations, revoke the partial autonomy of Indian-administered Kashmir, the country’s only Muslim-majority state, and implement a citizens’ registry in the northeastern state of Assam that excluded two million people, many of them Muslim.

The PFI ban was invoked under the stringent Unlawful Activities Prevention Act (UAPA), which gives extraordinary powers to the government to deal with activities directed against the integrity and sovereignty of India. It can designate individuals as “terrorists” pending court trials. 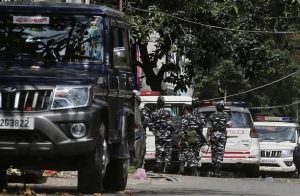 Reporting from New Delhi, senior journalist Pavni Mittal said the five-year ban on PFI marks the end of an ongoing crackdown on the organization.

“A lot of people are saying how this could be a part of a larger political motive. A few years ago, the government passed a citizenship law that sparked nationwide protests. The PFI has been accused of carrying out some of those protests and funding some of the violence. So there are questions as to why the PFI has been banned with such a strong law,” she said.

“Many also say that if you are banning communal organizations, then why not start with Rashtriya Swayamsevak Sangh or the RSS. It’s an organization that the prime minister is also a part of,” she added, referring to the BJP’s far-right ideological mentor that aims to create an ethnic Hindu state out of a constitutionally secular India.