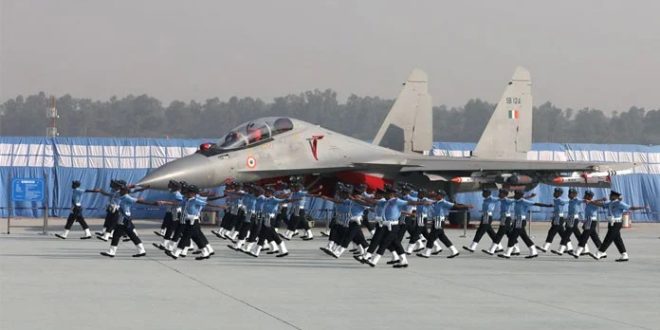 NEW DELHI: India’s government said on Tuesday it has approved three proposals worth Rs42.76 billion rupees ($523.03m) to purchase equipment for its army and navy.

The country has long been building and modifying its conventional arsenal as a Sweden-based institute Stockholm International Peace Research Institute (SIPRI) in its yearly report listed India among the world’s top arms-importing countries, last year. 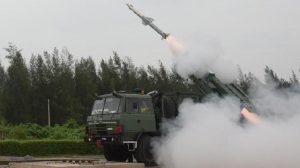 India is also looking to domestic firms and eastern European nations for military gear and ammunition, as the world’s biggest buyer of Russian arms seeks alternative suppliers at a time when Moscow is fighting a war with Ukraine and facing sanctions.

New Delhi has long talked of diversifying the suppliers to its huge armed forces, and even making more equipment at home, objectives that have taken on new urgency since Russia’s invasion, two government officials and a defence source said last year.

India identified Rs25.15bn ($324m) worth of defence equipment it wants domestic firms to make in 2022, and avoid buying abroad, according to an online platform where the defence ministry lists its needs.

“If we want to provide certainty and stability, the only option is to have a totally self-reliant or self-sustained supply chain mechanism established within the country,” Pande told defence manufacturers in New Delhi.

However, he did not specifically mention the conflict in Ukraine, which Moscow calls a “special military operation”.

The Indian air force is looking for equipment such as ejection pods for Russian-designed Sukhoi fighter jets and propellers for Ukraine-made Antonov transport aircraft, another document showed. 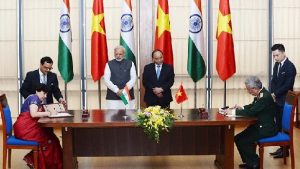 Within three years, Pande said, the air force aimed to source all tyres and batteries for critical aircraft fleets from domestic firms such as MRF (MRF.NS).

India aims to produce as much as half its defence equipment at home, a senior government official said on condition of anonymity.

The defence ministry did not immediately respond to a request for comment on India’s reliance on Moscow for military hardware and whether the war in Ukraine and Russia’s slow progress, were concerns.

Brahma Chellaney, a defence and strategic affairs analyst in New Delhi, said Russian equipment has served India well in the past though in recent years it has stepped up purchases from countries such as the United States, France and Israel.

India employs 1.38m people in its armed forces and is one of the world’s largest arms importers, spending $12.4bn between 2018 and 2021, with Russia accounting for $5.51bn, the SIPRI Arms Transfers Database shows. 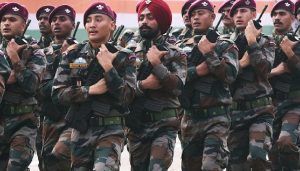 Earlier last year, some of India’s Western partners, including Britain and the United States, signaled a willingness to enhance their defence offerings to New Delhi.

The army, which expends considerable effort guarding India’s lengthy borders with China and Pakistan, having fought wars with both neighbors, is working on a three-pronged approach to maintaining readiness, the second government official said.

The government is examining which eastern European nations use weapons and platforms similar to the Indian military and might provide spares and ammunition.

“In case (Russian) supply lines are strained, we have alternative options,” said the official, who sought anonymity as the matter is sensitive.

Indian authorities are also urging Russian counterparts to deliver on some key projects already agreed upon, the official added.

These include supplying S-400 missile systems and a deal to produce more than 600,000 Kalashnikov AK-203 assault rifles at a new factory in northern India.

Some Indian firms are already feeling the impact of the push to diversify and indigenize.

At PLR Systems, a joint venture of conglomerate the Adani Group and Israel Weapon Industries, which makes small arms in India, enquiries for assault rifles have increased since the Ukraine conflict, an industry source said. 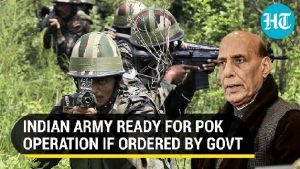 “The demand for rifles is from states and the central armed police forces also,” said the source, who declined to be identified as the discussions were private. “Right now, none of them can get it from outside.”

An India-Russia joint venture that makes nuclear-capable supersonic cruise missiles hopes to bag orders worth $5bn by 2025, its chairman said, having signed its first export deal of $375m last year with the Philippines.

India has made Russian MiG fighter planes and Su-30 jets under license and the two have collaborated to make BrahMos missiles in India.

India, which has not explicitly condemned Russia’s invasion of Ukraine, has also emerged as Moscow’s second-largest oil customer after China as Indian refiners snap up discounted Russian oil shunned by some Western buyers.

“Prime Minister Narendra Modi has given a target of achieving $5bn (in defence exports) by 2025. I hope BrahMos themselves will be able to reach the $5bn target by 2025,” Rane said.

India’s defence forces currently use the BrahMos surface-to-surface supersonic missile, which can be launched from land, sea and sub-sea platforms.