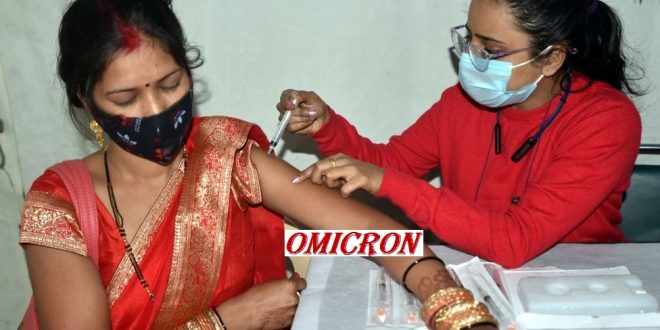 As the country tries to contain the spread of the Omicron variant, laboratories like the NIV are working round the clock to identify people who might be infected by it. 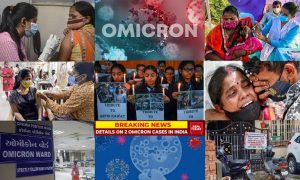 Every day it receives about 100 throat and nasal swabs sealed in small boxes. That’s roughly five times more samples than it was testing before the omicron variant, first detected in South Africa and now spreading around the world appeared.

In an airtight room the boxes are opened by researchers wearing protective suits, and the process to isolate the virus begins. The sample is labelled with a number so the scientists don’t know whose swab they’re checking.

“There’s great pressure on us right now to deliver quickly. But we have to do it right, and it’s not an instant process,” says Dr Varsha Potdar, a senior scientist and group leader at NIV. Her phone barely stops ringing.

It takes hours to prepare the sample so that it can be fed into a sequencing machine, which was bought in March last year at the start of the pandemic. The machine generates data, which is then compared by a software program to the original Covid-19 virus first identified in Wuhan, China. This tells the scientists which variant has been detected. 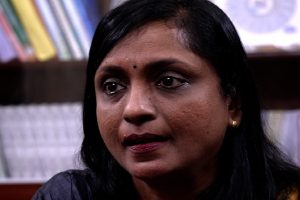 During the second wave earlier this year, India was criticized for not telling the world early enough about Delta, which quickly became the dominant variant across the globe. What has changed since then?

“We’ve learnt a lot from that,” says Dr Priya Abraham, Director of NIV. “We know that the more we allow a virus to spread, the more the likelihood that we will have a new variant. I think we will be much more proactive now, much more prepared.”

Given the size of India’s population though, Dr Abraham says there are limitations.

“We’re nowhere near more advanced countries like the UK or the USA, but I think we have caught up a lot. And remember, we need to also give the messaging that along with these measures, everybody needs to be cautious,” she says.

“I think a third wave will come depending on how warmly we invite it. If there’s vaccine hesitancy, and we have mass gatherings in confined spaces, yes, the third wave will be here.” 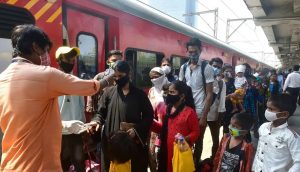 More than half of India’s adult population is fully vaccinated. That still leaves hundreds of millions at risk. Doctors warn that if an Omicron-fuelled third wave hits, medical facilities could still be overrun very quickly.

“In the second wave, hospital capacity didn’t just get exceeded by a little bit, it was exceeded by several times what it was capable of. So even if we have a small third wave, which I think is definitely a possibility, it could still overwhelm our health system,” says Dr Swapneil Parikh, a physician in Mumbai.

At Holy Family hospital in Delhi, there’s been an uptick in the number of COVID cases in the past week, after more than a month of no patients with the infection being admitted.

‘There is a sense of dread and anxiety building up, that we are going to take the same path as the second wave,” says Dr Sumit Ray, who heads the hospital. 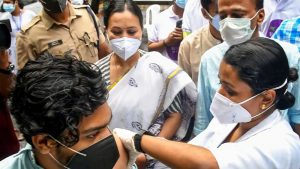 “Some of these are double vaccinated people getting re-infected, so it’s time to be very careful again.”

The BBC visited the hospital during the worst of the second wave in April. It was completely overrun. They had squeezed in trolleys and wheelchairs into every space possible to treat as many patients as they could. Still they had to turn people away.

There was also an acute oxygen shortage in the city. Between looking at his patients in the intensive care unit, Dr Ray was making frantic phone calls to get more supplies.

In some hospitals in Delhi and other parts of India, people were killed because oxygen ran out.

Dr Ray said the Indian government needed to better organize its resources and facilitate the movement of supplies where needed.

“People should not have to go from hospital to hospital looking for a bed. That is unacceptable. There needs to be better co-ordination. I think we have had the time to prepare, and this should be done,” he said. 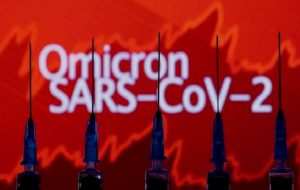 “You’re trained to save lives and if you can’t do it because there aren’t enough resources, you feel a sense of failure. It was the worst period ever in my life, as a medical professional.”

The government says it is putting preparations in place but Dr Parikh in Mumbai says more needs to be done.

“I think we really need to get as many people fully vaccinated as possible. Let’s also start rolling out third doses for the elderly and the clinically vulnerable, especially individuals who are immunocompromised, as also for healthcare workers and frontline workers,” he said.

“In this country, we’ve played pandemic roulette during the second wave, and lost. So this time, let’s do the opposite. Let’s over-prepare.”