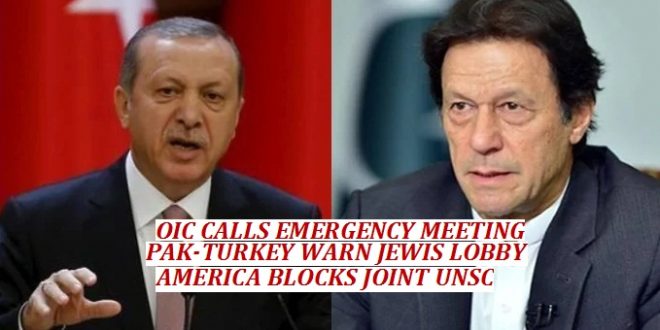 During the telephonic conversation, the two leaders exchanged views on Israel’s atrocious attack during the month of Ramazan on the revered Al-Aqsa Mosque and the worshippers inside as well as on Gaza, violating all norms of humanity and international law.

They vowed to work together, especially at the United Nations, in jointly mobilizing the international community to help stop these attacks.

The regional security situation also came under discussion between the two leaders. Appreciating Turkey’s role, Prime Minister Khan stressed the importance of a responsible withdrawal and added that Pakistan would continue to extend all possible support to the efforts for a political solution for durable peace and stability in Afghanistan.

Both leaders discussed further strengthening of bilateral relations and agreed that the momentum of high-level exchanges between Pakistan and Turkey would continue. 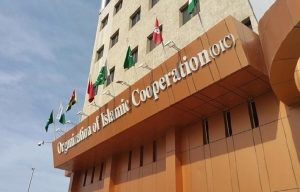 Meanwhile, Pakistan’s Foreign Minister Shah Mahmood Qureshi Thursday said that Pakistan and Turkey have decided to jointly move the United Nations, with consensus among the Muslim ummah, for an urgent meeting of the UN General Assembly on the Palestine issue to stop the horrendous brutalities of the Israeli army targeting Palestinians.

Talking to journalists after saying his Eid prayers at the mausoleum of Hazrat Bahauddin Zakariya Multani, Qureshi said that the whole Pakistani nation stands united on the issues of Kashmir and Palestine.

The foreign minister added that Turkey and Pakistan have adopted a joint strategy to convene a ministerial-level meeting of the Organization of Islamic Cooperation (OIC) to develop consensus among the 57 Muslim countries to convene an urgent UNGA meeting on the Palestine issue.

Qureshi added that he was also tasked by PM Imran to talk to his Turkish counterpart, adding that he would contact the Turkish Foreign Minister (Today) Thursday.

FM Qureshi said that Pakistan has adopted a clear stance during the permanent representatives’ meeting of the OIC held at Jeddah and added that other countries, including Turkey, have also expressed the same.

He said that they had presented a proposal and the Arab League also suggested convening an urgent ministerial-level meeting of the OIC on the Palestine issue to unite the 57 Muslim countries.

Qureshi said that the issue has been discussed at the Security Council and hoped it will be discussed further.

The foreign minister said that international organizations have faced troubles in Palestine due to Israeli violence and air strikes.

“And these organizations are also demanding immediate stoppage of atrocities in Palestine,” he said, adding that world leaders should intensify efforts for peace and find out a solution to the longstanding dispute.

Qureshi said that Palestine and Kashmir issues are resolvable.

He, however, added that mobilizing the Muslim ummah and international public opinion was vital to secure peace and protect the rights of the oppressed. 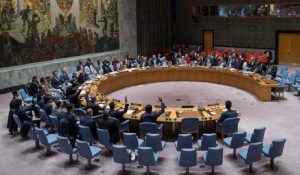 About the Afghan peace process, Shah Mahmood Qureshi said that the world has acknowledged and hailed the role of Pakistan for peace in Afghanistan.

Qureshi welcomed the Eid truce between the Taliban and the Afghan government, adding that the Intra-Afghan dialogue, which had started from Doha, has been heading forward.

He said it was a positive step of the Taliban and the Afghan government to opt for no hostility during Eid days.

Qureshi said that Pakistan wished and tried for permanent and lasting peace in Afghanistan and that it was in the best interest of Pakistan.

“Peace would mean safe borders and would enable Afghan refugees living in Pakistan to return to their country respectfully,” he said.

The foreign minister said that peace in Afghanistan would also impact the national economy positively through regional connectivity.

Following Israel’s atrocities in Gaza, which killed at least 87 civilians including children together with the forced eviction of Palestinians from East Jerusalem’s Sheikh Jarrah neighborhood, the Organization of Islamic Cooperation (OIC) has decided to convene an emergency meeting to discuss the matter.

According to the OIC, the decision was pushed by Saudi Arabia, which is the chair of the Islamic Summit.

“Upon the request of the Kingdom of #SaudiArabia, chair of the Islamic Summit, the Organization of Islamic Cooperation (OIC) will on Sunday 16 May 2021 hold a virtual open-mended meeting of its Executive Committee at the level of foreign ministers,” the OIC wrote on Twitter.

It said that the meeting will shed light on the Israeli aggression in Palestine, particularly Al-Quds Al-Shareef, and acts of violence in the vicinity of Al-Aqsa mosque.

According to Gaza’s Ministry of Health, so far, 17 children have been killed as a result of Israel’s air strikes, while the number of wounded has risen to 500, out of which 26 are in critical condition.

Earlier, United Nations: Tunisia, Norway and China have requested another emergency UN Security Council meeting be scheduled Friday on the worsening situation in Palestine, despite ongoing US resistance for the body to take a role in the conflict.

The session would be public and would include participation by Israel and the Palestinians, diplomats told media Wednesday.

The Council has already held two closed-door video conferences since Monday, with the United States, a close Israel ally, opposing adoption of a joint declaration, which it said would not “help de-escalate” the situation.

According to a diplomat speaking on condition of anonymity, the idea of a third meeting in less than a week was pushed by the Palestinians.

The goal of a new meeting is “to try to contribute to peace… and to have a Security Council able to express itself and to call for a ceasefire,” stressed another diplomat speaking anonymously.

Israel has refused to allow the Security Council to get involved in the conflict, a demand Washington has so far agreed to, diplomats told media.

According to several sources, 14 of the 15 members of the Council were in favor of adopting a joint declaration earlier Wednesday aimed at reducing tension.

However, the United States saw the Security Council meeting as a sufficient show of concern, calling a statement “counterproductive,” diplomats told media on condition of anonymity.

In Washington, chief diplomat Antony Blinken announced that a US envoy would travel to the Middle East to seek to calm tensions between Israel and the Palestinians but in a sign of frustration after the US move to block a Security Council statement, four Council members from Europe, Norway, Estonia, France and Ireland issued their own joint statement later Wednesday.

“We condemn the firing of rockets from Gaza against civilian populations in Israel by Hamas and other groups which is totally unacceptable and must stop immediately,” the statement said.

“The large numbers of civilian casualties, including children, from Israeli airstrikes in Gaza, and of Israeli fatalities from rockets launched from Gaza, are both worrying and unacceptable.

“We call on Israel to cease settlement activities, demolitions and evictions, including in East Jerusalem,” they wrote.

And Palestinian Ambassador to the UN Riyad Mansour published a letter to the organization’s top officials Wednesday in which he pleaded with them to “act with immediacy to demand that Israel cease its attacks against the Palestinian civilian population, including in the Gaza Strip.”

He also called for them to demand that Israel “cease all other illegal Israeli actions and measures in the Occupied Palestinian Territory, including East Jerusalem, including a halt to plans to forcibly displace and ethnically cleanse Palestinians from the City.”

When asked about the inability of the Council, the body in charge of world peace, to speak out on the Israeli-Palestinian clashes, UN spokesman Stephane Dujarric expressed hope for a turnaround soon, and added that “any international situation will always benefit from a strong and unified voice from the Security Council.”

UN Middle East envoy Tor Wennesland had warned Wednesday’s meeting that the “situation has deteriorated since Monday… there is a risk of a spiral of violence,” according to a diplomatic source.

During a first emergency meeting on Monday, the United States also refused to back a text proposed by Tunisia, Norway and China calling on all parties to refrain from provocation.

Renewed rocket fire and rioting in mixed Jewish-Arab towns has fuelled growing fears that deadly violence between Israel and Palestinians could descend into full-scale war.

At least 85 Palestinians have been killed, including 16 children, in Israeli airstrikes in Gaza since Monday.