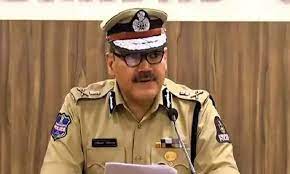 237 persons lost their lives in accidents in the city this year. The number was 248 last year ,CP Anjani kumat 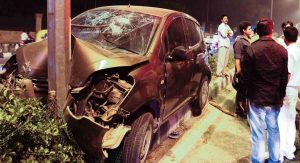 Interacting with the media here on Wednesday, City Police Commissioner Anjani Kumar said the police were taking measures to bring down fatal accidents. The initiatives included coordination with different government agencies in the identification of black spots and remedial measures, traffic awareness and enforcement to bring down fatalities

“The main reasons for accidents are over speeding, drunk driving, wrong side driving, driving of vehicles by minors and careless and negligent driving,” he said.

“We are taking up internal studies to understand the issues and prepare action plans on a regular basis,” he said, adding that due to better coordination with GHMC and Road & Buildings Department, the police were able to improve road conditions in several places, resulting in an upgrade in travel speed on city roads compared to other metropolitan cities.

“In all the 36 cases, the operations were successful according to the hospital authorities. The City Police thank the public for cooperating with the Traffic Police to save the lives of patients,” he said.

To a question, Anjani Kumar said the responsibility of prevention of crime also lay with families and parents should explain the law to their children.

“It is the responsibility of parents to inculcate a culture of law-abiding citizens in their children. Schools should also come forward,” he said.