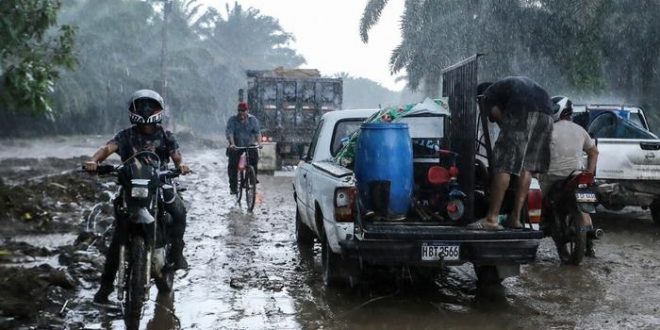 MANAGUA: Hurricane Julia has made landfall on the eastern coast of Central America. 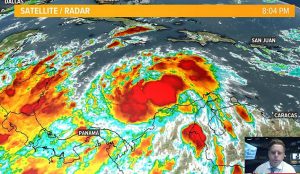 Julia passed the Colombian island of San Andres before hitting the coast of Nicaragua just north of Bluefields with maximum sustained winds of 85 miles per hour (140 kilometers per hour), the US National Hurricane Center (NHC) said on Sunday morning.

“Life-threatening flash floods and mudslides possible from heavy rains over Central America and Southern Mexico through early next week,” the NHC had previously warned.

Julia started Saturday as a tropical storm, but after gaining power it is now classified as a Category 1 hurricance, on the low side of the five-tier Saffir-Simpson hurricane wind scale.

As the hurricane approached, Nicaragua evacuated some 6,000 people in the Laguna de Perlas area, in the Miskito keys located off the coast, and in other zones. 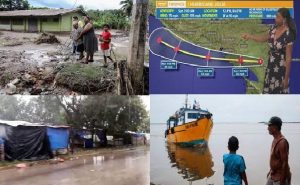 In Bluefields, one of the Nicaraguan towns expected to be affected, fishermen were seen safeguarding their boats before the hurricane hit. Locals rushed to ATMs and stocked up on essentials.

Colombian President Gustavo Petro said he hoped “the damage would be less than last time,” referring to the destruction from Hurricane Iota in 2020. He has called on hotel chains to “open their doors for shelter.”

Julia is expected to weaken after making landfall in Nicaragua, before moving north towards the coasts of Honduras, El Salvador, and Guatemala on Sunday and Monday, forecasts said.

Julia comes a week after Hurricane Ian, a Category 4 storm, battered Cuba and the US state of Florida. It flattened entire neighborhoods and killed more than 100 people, according to US media.