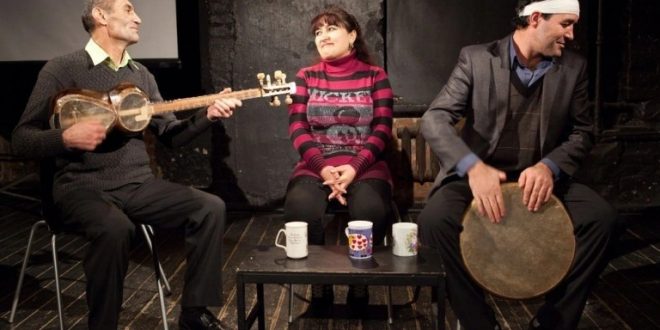 VINNYTSIA/ KYIV: Nana Grinstein fled Russia because the Kremlin’s new laws punishing criticism of its so-called “special operation in Ukraine” may land her in jail.

Grinstein, a playwright, her husband Viktor, a video editor, and their 14-year-old daughter, Tonya, left behind the hysteria in Russia caused by the war in Ukraine, and the persecution of anyone who dares to say that President Vladimir Putin’s “special operation” is, in fact, a war. 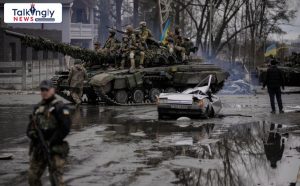 “The world that we’ve been building for years that seemed unshakable, important and relevant, crumbled before my very eyes like it was made of cardboard,” Grinstein told media from a rented apartment in the Armenian capital, Yerevan.

Arriving in Armenia in early March, the family found that tens of thousands of other Russians had made the journey before them, and they have witnessed the arrival of many more since.

Grinstein and her family fled Russia fearing the very real possibility of persecution for being, to use Putin’s own words, “scum” and “national traitors,” slurs that have spurred a witch-hunt reminiscent of the Stalin-era purges.

The Grinsteins are now among at least 200,000 Russians who have abandoned their homes and jobs because they are disgusted by the Kremlin’s attack on Ukraine and the largely enthusiastic response to the war by their compatriots.

“They want nothing to do with Putin’s sham-Imperial project and don’t want to be associated with his war crimes,” columnist Leonid Bershidsky wrote in mid-March. 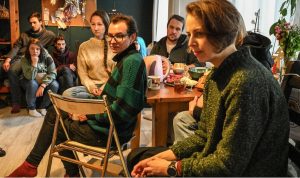 “Others (leave) because they cannot imagine living under the Soviet-style autarky to which Western sanctions have doomed Russia,” he wrote.

The post-invasion flight from Russia is the latest but hardly the final chapter of the exodus of millions who cannot stand to live under Putin’s rule.

From 2000, when Putin was first elected president, to 2020, four to five million Russians have emigrated, according to research published by the Takie Dela magazine in October.

The figures were based on surveys, official national data from dozens of countries, from Kazakhstan to Canada, as well as Russian statistics on the number of people who had cancelled their residence registration.

In the early 2000s, Russians migrated mostly to Europe and North America, but after 2014 more moved to former Soviet republics, the magazine reported.

At least 200,000 people left Russia in the first 10 days of the war in Ukraine, according to 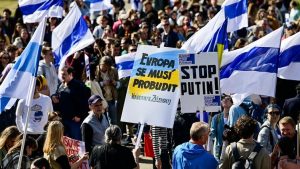 calculations by Konstantin Sonin, a Russian-born economist at the University of Chicago.

“The tragic exodus not seen for a century,” Sonin wrote in a tweet, where he compared the ongoing flight with the “White Emigration” that followed the 1917 Bolshevik revolution when some five million people fled the former Russian empire, ending up in Germany, France, the United States, Argentina and China.

Nowadays, emigration is faster and far easier, especially for digital nomads who can live almost anywhere as long as there is access to broadband internet and online banking. (Int’l News Desk)