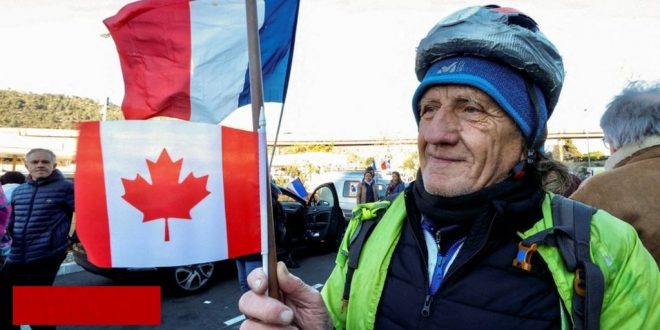 PARIS: Police have intercepted hundreds of vehicles trying to enter Paris as part of a protest against France’s coronavirus regulations.

Authorities have deployed more than 7,000 officers over the next three days in a bid to stop the demonstrators. 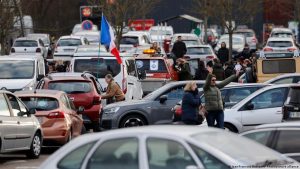 The groups were inspired by the self-styled Canadian “Freedom Convoy” which has disrupted trade on the US border and occupied streets in Ottawa.

Similar demonstrations have started to spread around the world.

Austria and Belgium have banned such convoys from entering their capitals, with copycat demonstrations also emerging in Australia, New Zealand and the Netherlands.

A video posted online by a journalist and shared by the police showed officers halting lines of vehicles on the city’s ring road.

Demonstrators who oppose France’s Covid pass, which requires people to show proof of vaccination before entering public venues, want to gather and blockade the capital. 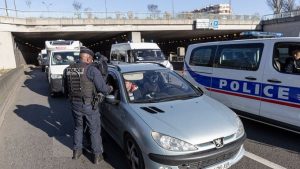 Convoys have organised online and appear to come from various political and ideological backgrounds, making it difficult to estimate how many vehicles might arrive in Paris. They have also drawn in others angry at rising prices in France.

Prime Minister Jean Castex said on Friday that authorities would be “very firm” if the group tries to block Paris.

“The right to demonstrate and to have an opinion are a constitutionally guaranteed right in our republic and in our democracy. The right to block others or prevent coming and going is not,” he told France 2.

Castex also objected to the demonstrators calling themselves a “Freedom Convoy”.

The word freedom should not be associated with “virulent attacks against vaccination”, he said, because freedom is not “contaminating others”. (Int’l Monitoring Desk)