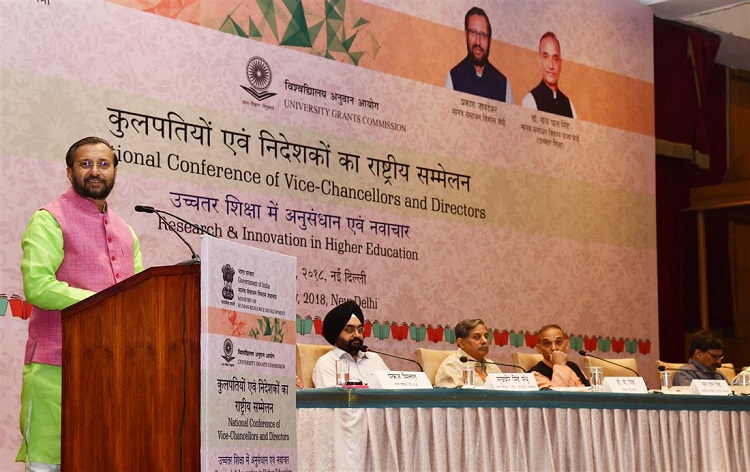 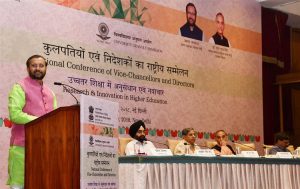 Human Resources Development Minister Prakash Javadekar today said lack in innovation and quality research is the foremost challenge for the country.
The minister was chairing a three day National Conference of Vice-chancellors and Directors in New Delhi. He said, quality expansion and teaching reform is the need of the hour.
Further, he emphasized on creating a positive and lively environment to enhance the quality of education in all central and private universities.
He said, it is time to show India’s prowess to the world in the field of education. The minister said, the country hosts many world-class educators who are working in silos and they need to break walls and come forward to share their knowledge.
Adding further, Mr Javadekar said, it has been found that many Indians including few parliamentarians are among the world’s top teachers and the country should make the best use of such resources.
Speaking of plagiarism in PhD thesis, Mr Javadekar said, a software has been developed which will be made available to all universities to stop plagiarism. He professed for academic freedom and increasing the Gross Enrollment Ratio in higher education from 26 per cent to 40 per cent in the coming years to match with the developed countries.
Post Views: 289
Share
Previous Shri. Najaf Ali Shoukat State-VP Minority Morcha Telangana Appointed as Hyderabad City In-charge: BJMM
Next PM Modi calls for investment in digital infrastructure