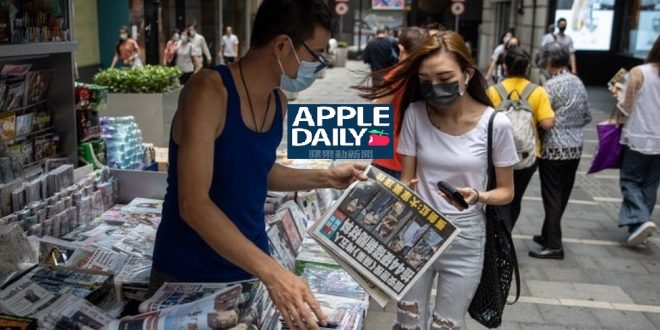 QUORA: People in Hong Kong have queued up to buy copies of the pro-democracy newspaper Apple Daily a day after its newsroom was raided by police.

The front page carried a message of defiance, reading: “We must press on.”

The paper typically prints about 80,000 copies but increased that to 500,000 to meet demand. Some newsstands sold out.

The raid on the newspaper came as two of its executives were charged under Hong Kong’s controversial new national security law.

A total of five executives were arrested. Editor-in-chief Ryan Law and chief executive officer Cheung Kim-hung were the two charged.

Ms Chan was released on bail late on Friday. She told reporters outside the police station she was saddened by the charges against two of her colleagues and said she was proud of staff for publishing the newspaper earlier that day. 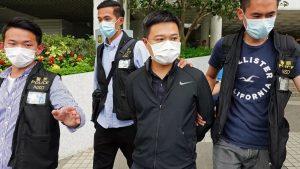 Apple Daily, a tabloid, is known for its bold criticism of the mainland Chinese leadership.

Its billionaire owner Jimmy Lai, a high-profile supporter of Hong Kong’s pro-democracy movement, is already in jail on a string of controversial charges, including allegedly participating in an unauthorized assembly in 2019.

Lai is one of dozens of prominent activists arrested since Beijing introduced the national security law last year.

About 500 police officers descended on the Apple Daily newsroom on Thursday, carrying away computers and hard-drives. Police also froze HK$18m ($2.3m; £1.64m) of assets owned by three companies linked to the paper.

The paper broadcast live footage of the raid on its Facebook account. Police were seen sitting at desks accessing reporters’ computers.

In a media briefing, police said that since 2019, Apple Daily had published more than 30 articles calling on countries to impose sanctions on Hong Kong and mainland China.

The push to complete Friday’s edition became a news story itself, with rival media outlets looking on as editors worked. The front page headline “we must press on” was the words Cheung told staff as he was led away in handcuffs.

In Mongkok district, Hong Kongers queued in the early hours for the first edition. “Usually we sell around 60 copies but tonight, we just sold 1,800,” one news stand owner told AFP news agency.

Apply Daily reported that “some bought 10 or 100 copies at one go to show their support, taking the stacks of papers with them using a trolley or a car”.

Customer Steven Chow, who bought three copies, observed: “There is no perfect media, but it [Apple Daily] is a unique voice in Hong Kong. You may not like it, but I think you need to let them have their voice and survive, it is important.”

It is unclear how long the paper can keep running after the latest asset freeze.

“We call on Hong Kong authorities to respect their obligations under the International Covenant on Civil and Political Rights, in line with the Basic Law, in particular freedom of expression,” he said. (Int’l Monitoring Desk)