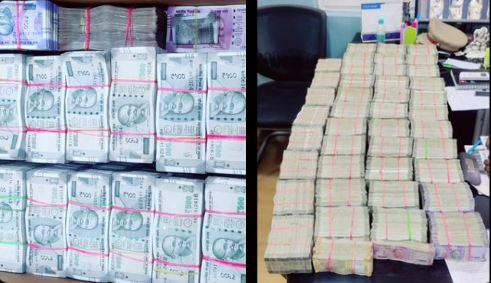 Hyderabad’12oct’2022- In a major haul, West Zone task force police along with Banjara Hills police have busted a Hawala racket on Wednesday. During the search operation, the police seized Rs 2 crore which were being transported illegally.

After receiving a tip off, the West Zone task force team caught four persons and upon searching, unaccountable cash of Rs 2 crores was recovered from their possession.

The arrested persons along with the seized cash were handed over to the Banjara Hills police station.

On Tuesday, the police seized 3.5 crore of rupees Hawala amount in Gandhi Nagar area of Hyderabad.  According to the reports, a Hawala amount of Rs 9.3 crores was seized over a week in Hyderabad.

However, the officials were alerted by the seizure of large amounts of cash in view of Munugode by-elections. Vehicles are being inspected in the city as well as at the district borders.