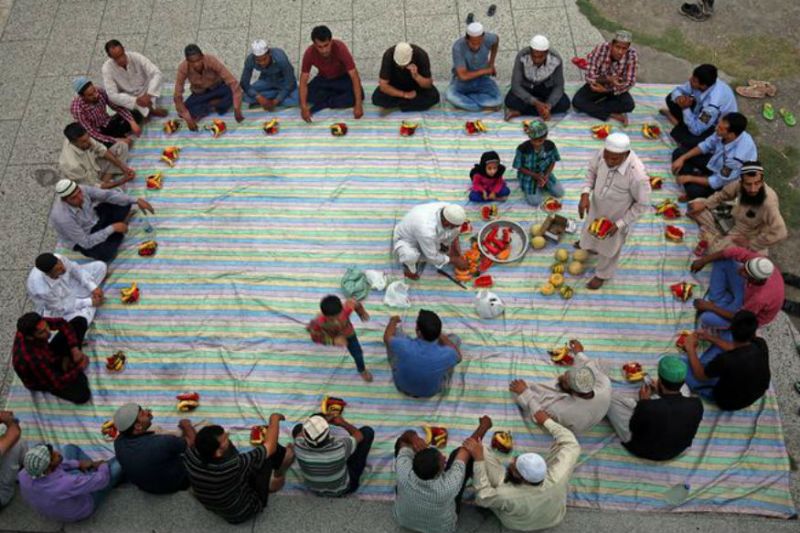 Since the iftar party was hosted by the temple, only vegetarian food was being distributed.
More 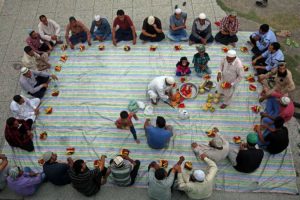 Malappuram: A Hindu temple in Kerala organised an iftar party for the Muslim community as part of the annual ‘prathishta’ (idol installation) ceremony in the temple thus giving a boost to communal harmony.Lakshmi Narasimha Murthy Vishnu temple near Vettichira in Malappuram district hosted an iftar party for the Muslims who were observing fast in the holy month of Ramzan last week. The iftar was attended by more than 400 people from both the communities.
The event held on May 24 is the second edition of such iftar party being arranged by the temple committee.“We used to distribute food for the residents every year during the ‘prathishta’, since the Ramzan falls during this time we decided to host iftar so that we can accommodate all people irrespective of their faiths,” says KP Baiju, the treasurer for the temple committee.
“The iftar was noted with the presence of not just Muslims, but even Hindus living in the locality participated in the event,” says Baiju, who was at the forefront of organising the iftar.
Since the iftar party was hosted by the temple, only vegetarian food was being distributed.
The vishnu temple which was in a critical stage was renovated and the idol was reinstalled during Ramzan last year with the help of native people and a lot of Muslims contributed to the cause.
Post Views: 298
Share
Previous avoid social media rumours on Kidnappers and Burglars”DGP M .Mahender Reddy
Next Senior Congress MLA Siddu Bhimappa Nyamgoud Killed In Road Mishap