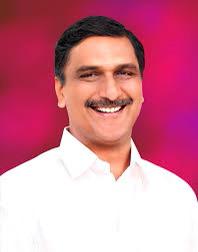 Hyderabad, April 17 (PMI):  Health Minister Harish Rao today alleged that both the Congress and Bharatiya Janata Party have done nothing to the country since the Independence and because of their worst policies, the poverty is still prevailed in the country.

Harish Rao distributed the Dalit Bandu units to 56 beneficiaries at Hasan Mohammad Palli village in Medak district on Sunday. Addressing the gathering, Harish Rao blamed the Central government led by Prime Minister Narendra Modi for the steep hike in fuel prices. He said the poor is becoming the victims of BJP policies. He also alleged that the Union government has completely ignoring welfare of the people and least bothered about public issues.

Stating that the Dalit Bandu was a unique scheme for improving the living standards of Dalits, Harish Rao said the State government has allocated about Rs 17,000 crore to the scheme in the recent budget and set a target of two lakh beneficiaries to be covered under the scheme this year. “The TRS government, under the leadership of Chief Minister K Chandrasekhar Rao, has initiated several schemes benefiting all sections of the people. No one can find such schemes in any States in the country,” Harish Rao pointed out.

MP BB Patil, MLA Kranthi Kumar and others were present during the program.( PMI )