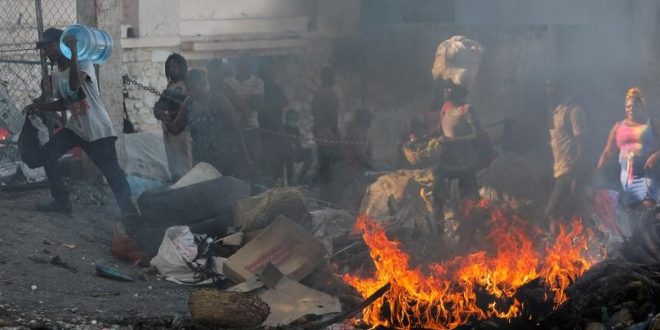 The document authorized Henry to request international troops to help reign in growing lawlessness in the country. 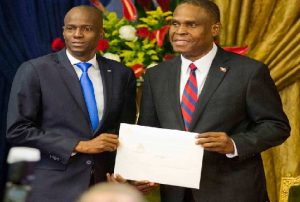 Henry requested “the immediate deployment of a specialized armed force, in sufficient quantity,” to tackle the issue of the “criminal actions of armed gangs.”

It wasn’t immediately clear whether the request had been formally submitted, or from which country Haiti was requesting assistance.

The United Nations said Friday it had not yet received an official request from the Haitian government.

“We remain extremely concerned about the security situation in Haiti, the impact it’s having on the Haitian people, on our ability to do our work, especially in the humanitarian sphere,” UN spokesman Stephane Dujarric told reporters.

Bocchit Edmond, Haiti’s ambassador to the United States, told AFP news agency that the country is “waiting on the international community and the international partners to decide what kind of form that assistance will be.”

The ambassador added that foreign assistance does not amount to a “occupation” Haiti, but rather a “call to solidarity” in the face of a “human tragedy.”

The US Embassy in Port-au-Prince on Friday advised US citizens to leave Haiti citing “ongoing instability” due to food and fuel shortages. The embassy said the US government is “extremely limited in its ability to provide emergency services to US citizens in Haiti.” 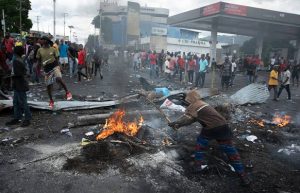 Why is Haiti in a state of chaos?

Fuel shortages have resulted in knock on effects in medical supply and other essential items.

A new cholera outbreak has also been unleashed by a shortage of potable water.

The late President Jovenel Moise was assassinated at his home in July of 2021 in circumstances that remain unclear. The security situation in Haiti has deteriorated considerably in the 15 months since Moise’s death.

Gangs have blocked Varreux, a fuel port in the capital, delaying fuel deliveries and provoking shortages. In recent weeks, there has been looting and protests against the government of Ariel Henry who has held onto power for more than a year now.

On Thursday, the secretary general of the Organization of American States Luis Almagro met with US Secretary of State Antony Blinken, Haiti’s Foreign Minister Jean Victor Geneus and others to discuss the chaos engulfing the country. (Int’l Monitoring Desk)