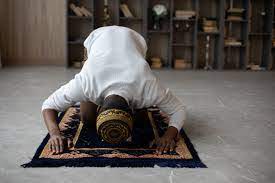 Vadodara: A video of two students offering namaz on the Maharaja Sayajirao University (MSU) campus in Gujarat’s Vadodara city went viral on Monday, with authorities saying they will counsel the duo to refrain from offering prayers in future since it is an educational institution.

Just two days before, a video of a couple offering namaz outside the main gate of the Sanskrit Mahavidyalaya inside the MSU campus had emerged on social media.

Alleging a “conspiracy” behind the offering of namaz- an Islamic prayer- on the varsity campus, Vishwa Hindu Parishad (VHP) activists on Monday sprinkled Gangajal (water of river Ganga considered holy), performed a ‘Ram-dhun’ at the spot outside the Mahavidyalaya and recited a Hanuman Chalisa.

In the fresh video, shot on Monday morning near the General Education Building inside the MSU campus, two youngsters can be seen offering namaz.

Upon learning about the incident, a varsity vigilance team rushed to the spot and called in police to maintain law and order, as exams were going on in the building, said MS University’s Public Relations Officer, Lakulish Trivedi, said.

“Both were students of the second year B.Com. They offered namaz before going inside the building for exams. Since their exams are going on, the university administration will call them for counselling in the coming days to make them understand this is an educational institution and they should refrain from doing such activities on the campus,” he said.

Meanwhile, the investigation into Saturday’s video revealed the couple belonged to some other district and was accompanying their son/ daughter who was supposed to appear in the CCC exam held on December 24 at another building near the Mahavidyalaya.

“People from various districts had come here because MSU was the only centre for entire central Gujarat. The security guard immediately rushed to the spot and asked them to offer prayers somewhere else. The couple apologised and left the spot,” the PRO said.

Speaking on the issue, BJP’s national general secretary Kailash Vijayvargiya, who was in Vadodara, said people should not indulge in such things inside educational campuses.

“Educational institutions are pious and people should refrain from doing such things here,” he said.

A VHP leader said alleged conspiracy behind both incidents.

“Such incidents are deliberate and are part of a conspiracy. They (Muslims) are throwing a challenge at Hindus by doing such activities. And we are also ready to accept that challenge. We will hand over a detailed memorandum to university officials tomorrow. Security must be tightened on the campus,” said the secretary of VHP’s Vadodara unit, Vishnu Prajapati.