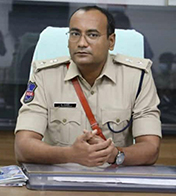 Hyderabad, Oct.28 (Press media of india): The Jagadgirigutta police received a complaint from a housewife M. Kunuru Roja, wife of K. Anil Kumar of Papireddy Nagar, Jagadgirigutta, Cyberabad on September 17, 2022 at 0730 hours stating that he she came out from her house at 4.50 am to throw garbage outside along with her son. While she was returning home after throwing garbage, an u identified person came on a scooty and physically assaulted her by catching hold of her neck, misbehaved with her and also snatched her pusthelatadu, weighing 6 gram from her neck. He also tried to snatch her earrings but failed. When she raised hues and cries, he fled away with the booty. The criminal was aged about 25 to 30 years. 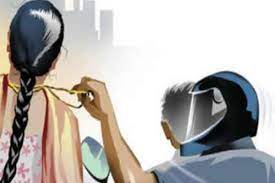 As per the contents, a case in Crime No. 666/2022 U/s 354-A, 392 IPC was registered. The DCP Balanagar ZoneG sandeep and ACP Balanagar formed a special team consisting Team-I CI CCS Balanagar, Team-II consisting SHO Jagadgiriguta PS, DI Jagadgirigutta and team.

On October 28, 2022 at 0530hrs, under the guidelines of superior officers, the police teams I and II apprehended the accused at Devamma Basthi, Jagadgirigutta and interrogated him. The accused confessed to have committed chain snatching under the limits of Jagagirigutta Police Station.