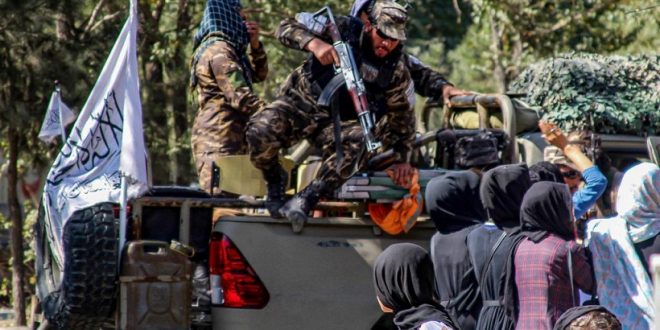 Germany to take in 1,000 at-risk Afghans every month

BERLIN/ KABUL/ ISLAMABAD: The German Foreign and Interior Ministries launched a new program on Monday to take in Afghan citizens who are most at risk of persecution under the Taliban. 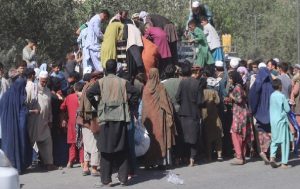 Following Germany’s withdrawal from Afghanistan in August last year, tens of thousands of Afghans who worked with German forces during their two-decade presence in Afghanistan have been allowed to flee to Germany.

Berlin’s new program extends this option to people involved with women’s and human rights, politics, justice and other fields, as well as people who have been subjected to persecution because of their religion, gender or sexual orientation.

German Foreign Minister Annalena Baerbock said the program was directed particularly at the women and girls who, “since last summer, have seen their perspectives and hopes stolen, their rights restricted, and their attempts at self-defense violently repressed.”

Around 26,000 Afghans have already moved to Germany, out of the 38,000 who have been granted permission. But these consisted largely of those who had worked with the Bundeswehr and other German organizations, and their families. 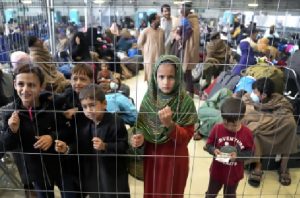 The new criteria will only include Afghan citizens residing in Afghanistan, but also aims at offering protection to large swathes of groups who make up civil society.

“Many people in Afghanistan are living every day with the fear of persecution and violence, people who, like us, believed, lived and fought for a better future for Afghanistan,” Baerbock said.

German civil society will also play a role in the program, with central coordination funded by the Interior Ministry.

“We will work closely with civil society organizations to carry out the program, using new ways and means of cooperation that have not previously existed,” Interior Minister Nancy Faeser said.

How will Germany organize the program in Afghanistan?

Germany no longer has any diplomatic presence in Afghanistan, making the granting of visas or vetting of applicants to see if they fit the criteria a tricky task. 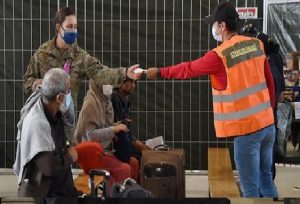 agency) and the IOM (International Organization for Migration), that we have previously worked together with in other countries,” are also missing.

German authorities will now work with the organizations that are present in Afghanistan that are best able to say who fits the new criteria for the intake program.

“We are reliant on institutions, organizations, initiatives, that are able to give an assessment of an individual’s situation, that can recommendations with which it can be judged how well they meet the criteria,” Burger told reporters.

The program is a new conception that was designed to continue the support that Germany was already giving to at-risk Afghans trying to flee persecution but which had been pieced together under the interim framework designed to bring local support staff to Germany following the fall of the country to the Taliban.