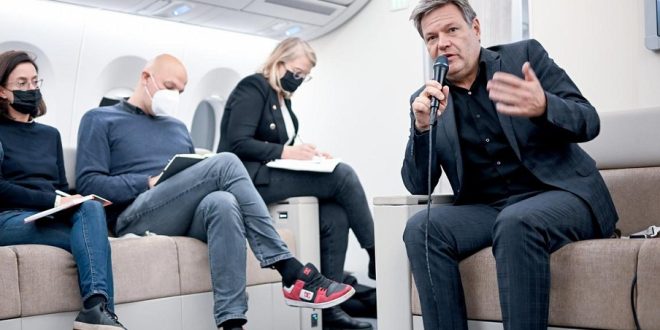 ‘Germany must be more careful with China’

Speaking on the sidelines of a conference exploring ways to diversify German business investments in Asia, Habeck said that Russia’s invasion of Ukraine had shown Berlin, and the world, the dangers of excessive reliance on single trading partners. 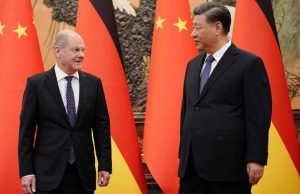 Habeck disputed that Germany’s stance on China remains somewhat confused, as a more cautionary tone being has been struck by politicians in recent months, while bearing in mind the fact that China remains Germany’s second-largest export market and its largest source for imports.

Here, Habeck said the German approach was slightly softer than that of the US.

“I know that the US is sometimes saying harsher words, and this is not our way,” he said. “So where it’s unproblematic, it’s not a problem to have trade with China. But in the problematic areas, we have to be more careful than we have been before.”

Focus on protecting critical goods and intellectual property at home

Germany’s government put a stop to two Chinese buyouts of companies in the semiconductor or computer chip industry this week, saying that they risked a loss of know-how in a critical sector where Beijing is rapidly expanding its influence. 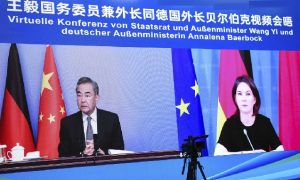 “Goods that come from critical sectors like telecommunications, energy sector, chips and semiconductors must be protected,” Habeck said. “This does not mean that there’s no possibility to do business. But we have to take care that we have (our) own sovereignty in this field. And this is how we are acting now.”

Habeck also cited certain core infrastructure as examples of Chinese investment that could be “problematic in some areas let’s say ports, airports, hospitals.”

This follows the partial purchase of a terminal at the Port of Hamburg Germany’s largest by Chinese company Cosco, which went ahead in a diluted fashion despite resistance from Habeck and several ministries last month.

Noting that the deal was reduced in scope, Habeck nevertheless repeated that he would have preferred to stop it altogether.

“I think it’s only a half measure, a half victory in a way,” Habeck said. “But we need to have unity in the Cabinet. And this was the only way to get this unity. So it was a step forward, but not the whole way.” 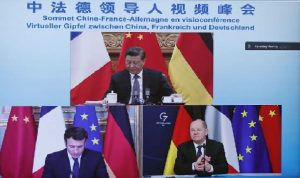 However, Habeck said that what was happening should be seen as “a process,” following roughly 30 years, or more, of German politicians saying that the Chinese market was the future and should be the target of many if not most major investments.

“So what we’re doing is something big right now. We are changing the practices of our China strategy and politics. And this is of course, this is a phase. And we have to learn and we have to think about it. And from the general analysis going into the details is sometimes complicated,” he said.

Habeck, whose full title is German Vice Chancellor and Federal Minister for Economic Affairs and Climate Action, spoke to DW’s Richard Walker in Singapore in English on Sunday, at the 17th Asia-Pacific Conference of German Business.

He and Chancellor Olaf Scholz are attending the event.

Asked how Berlin might encourage German companies to invest in other Asian economies, he said the government was considering revisions to its guarantees on German companies’ investments abroad. 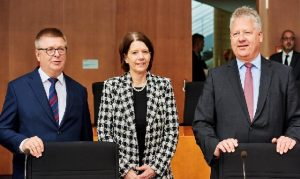 “If companies will invest in China above a certain amount let’s say €3 billion sounds reasonable they can do that, but we won’t guarantee for that anymore. But we will guarantee for more investment in other countries,” Habeck said, exploring the first part of the idea.

“And then we have a percentage rate of the whole amount of all investment. If this is higher than let’s say, 20 (or) 25% we will have an extra fee that you have to pay more if you’re still investing in one country, so that we avoid the clump risk in all the investments in one country,” he said.

Asked about the prospect of Chinese aggression against Taiwan, as the most extreme example of events that could dramatically affect trade with China, Habeck said “this is a scenario that nobody can really plan for.”