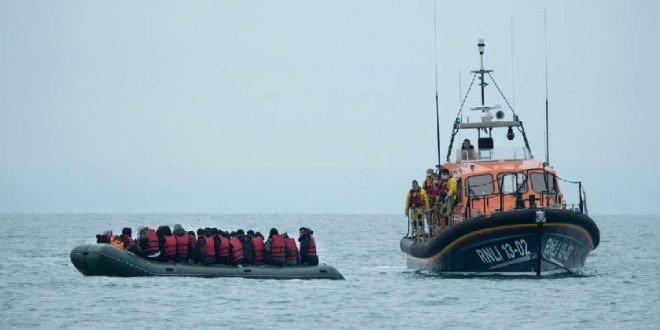 PARIS/ LONDON: There’s growing evidence that French rescue services failed to respond adequately to a migrant boat that sank in the Channel last November, with at least 33 people on board. 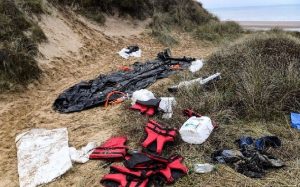 Only two of the passengers survived the disaster.

Transcripts of emergency calls made to the French coastguard, seen by BBC, suggest that desperate passengers were repeatedly told to call UK emergency services, despite being in French waters when they first requested help.

And a French police investigation, leaked to the newspaper Le Monde, appears to suggest that the French coastguard never sent help to the scene, despite a specific UK request to do so.

The BBC also heard evidence that another migrant boat was passed back and forth between the two nations’ rescue centres, just a few days before the Channel disaster.

One year on, the grey waters of the Channel still hold many secrets.

Beneath the cliffs at Cap Gris-Nez, the waves continue to slosh against the rocks; the coastline worn to a fine point, jutting out into the sea.

It’s from this clifftop that the French coastguard monitor the Channel for boats in distress, and send rescuers to help.

At 01:48 on 24 November last year, according to documents seen by the BBC, operators in the control room at Cap Gris-Nez received the first call from the stricken migrant boat. 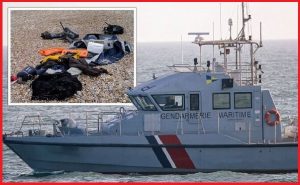 The passengers were asked to send their exact location from their mobile phones. When it arrived, some fifteen minutes later, it positioned the boat more than half a mile inside French waters.

French operators alerted the UK coastguard in Dover, according to the documents. Twenty minutes later, after receiving an updated location from the boat, they sent Dover the co-ordinates, saying it was now in British waters.

Shortly afterwards, the UK sent a message saying the dial tones of mobile phones on the boat appeared to locate it in France but French operators continued – for more than two hours – to urge passengers to call the UK for help, documents suggest, even when a French patrol reported that the boat was still in French waters.

Quoting the leaked French police report, Le Monde says the UK authorities sent a rescue vessel to the scene – but that they also asked France to send its patrol boat, Le Flamant, because it was closer.

The UK’s Maritime Accident Investigation Branch, which is leading the British inquiry, confirmed in an interim report that some of the events leading to the disaster did take place in British waters. 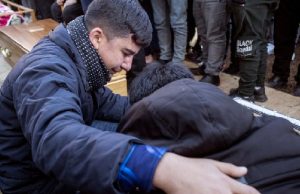 It said the Dover control room “dispatched UK surface and air assets to search the area where the distressed migrants were assessed to be. However, nothing was found”.

‘You won’t be saved’

One account of testimony from a French operator on duty that night, seen by the BBC, says that Le Flamant was already helping another boat in difficulty. Le Monde says the police report disputes this.

Transcripts of conversations from the night show French operators repeatedly assuring those clinging to the sinking wreckage that help was on its way, as passengers screamed in the background.

In one exchange, an operator appears to mock the caller after the line is cut, saying, “Oh well, you can’t hear me, you won’t be saved. ‘My feet are in the water’, I didn’t ask you to leave.”

Material seen by the BBC also suggests that another boat passing close to the scene that night was turned away by French operators, after it offered to intervene.

The two survivors were eventually rescued by a fishing vessel the following afternoon. 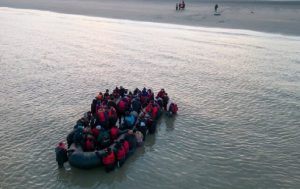 “If these people were in French waters and if at any moment there was negligence, an error, there will be sanctions,” France’s Minister for the Sea, Hervé Berville, told parliament.

The BBC requested an interview with Mr Berville last week. His team refused the request and refused to give a comment, instead referring the BBC to the minister’s comments in parliament and adding that there is an “ongoing investigation” into the incident.

The BBC then made a request for an interview with the French Interior Minister Gérald Darmanin. His team did not respond but sources within the French judiciary have told the BBC they are currently considering whether to focus the investigation more closely on the role of French rescue services.

Maria Thomas, a UK lawyer representing one survivor and more than a dozen victims’ families, says there is a lack of urgency or answers from the British side. “The families want a full public inquiry, with full transparency,” she told us.

“We have concerns about the adequacy of the search and rescue operation carried out when (UK) border force assets were deployed, both in terms of the search patterns used and communication with the boat.” 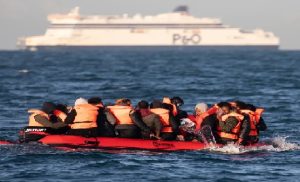 ‘They are laughing at us’

The question of who should take the lead in rescue operations in the Channel depends to some degree on where the incident takes place, but also where the first distress call is made from, and which nation’s resources are best placed to assist.

Those resources are increasingly stretched, as the number of small boat crossings rise. Rescue teams on both sides of the Channel can be called to save hundreds of lives in a single night. Some in France had warned this was a disaster waiting to happen but the apparent passing of responsibility across the Channel was not unique to this tragedy, the BBC has learned.

Another boat, full of people trying to cross to the UK, found itself in a similar position just four days before the tragedy last year.

Audio messages sent to a migrant helpline in Dunkirk on 20 November describe stranded passengers struggling to get help.

“We’ve called all the numbers,” the caller says. “When I call 999, they say to call France; and the French say call to United Kingdom. And both of them are laughing at us.” 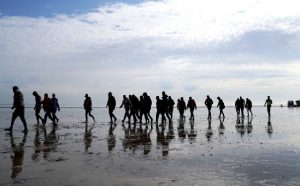 The BBC approached the UK and French coastguards for comment about these allegations too. A Maritime and Coastguard Agency spokesperson said the coastguard’s fundamental role was to “save lives at sea by responding to any person in distress”.

Rafael Cuzin was the call-handler on duty that day at the helpline, run by the charity Utopia56.

“The location of the boat was really close to the UK waters,” he said. “I called the French coastguard. They said that the UK coastguard had let the boat drift into French waters.”

A French lifeboat was sent to rescue them, “(but) it could have ended badly,” says Rafael. “That situation really echoed what happened on 24th.”

Zana Mamand Mohammad’s brother Twana was one of those who never returned from the Channel. Last week, Zana retraced his brother’s journey from Iraqi Kurdistan to France, to testify in the investigation here. 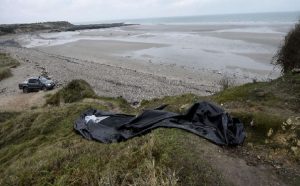 “I told him a hundred times: your life is more important than anything else,” Zana told me. “These people were not seen as human beings.”

“You can see [from the transcripts] how awful it is,” said Zana’s lawyer Thomas Ricard.

Twana’s body has never been found; another part of this story held by the waters of the Channel.

In the year since the tragedy some 40,000 people have crossed from France to the UK in small boats; the waters still lap at the French coastline beneath Cap Gris-Nez, whispering their fickle promise to carry small boats from shore to shore. (BBC)