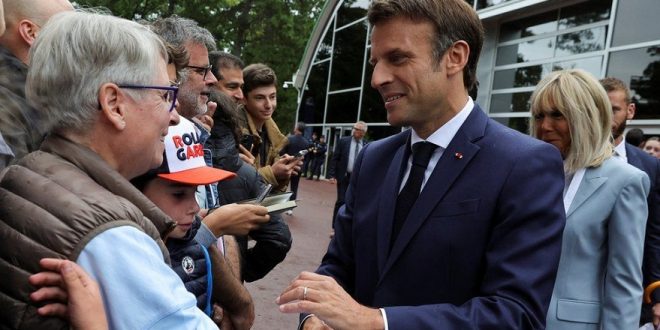 PARIS: French President Emmanuel Macron’s alliance has gotten the most seats in the final round of the parliamentary election, but it lost its parliamentary majority, projections show.

The projections, which are based on partial results, showed on Sunday that Macron’s candidates would win between 200 and 250 seats, much less than the 289 required to have a straight majority at the National Assembly, France’s most powerful house of parliament. 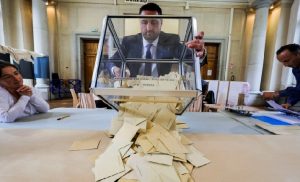 The situation, which is unusual in France, is expected to make Macron’s political maneuvering difficult if the projections are borne out.

If confirmed, the results would severely tarnish Macron’s April presidential election victory where he defeated the far-right to be the first French president to win a second term in over two decades.

The coalition, formed in May after the left suffered a debacle in April presidential elections, groups Socialists, the hard-left, Communists and greens.

The left only had 60 seats in the outgoing parliament, meaning they could triple their representation.

Far-right leader Marine Le Pen’s National Rally party was on track for huge gains after having only eight seats in the outgoing parliament.

It was due to send 60-102 MPs to the new parliament, according to the projections.

Falling short of the majority would force Macron into tricky partnerships with other parties on the right to force through legislation. 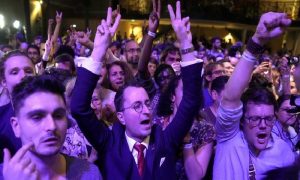 There could now potentially be weeks of political deadlock as the president seeks to reach out to new parties.

The most likely option would be an alliance with or poaching MPs from the Republicans (LR), the traditional party of the French right who are on track to win 40-80 seats.

The nightmare scenario for the president, the left winning a majority and Melenchon heading the government appears to have been excluded.

It has been 20 years since France last had a president and prime minister from different parties, when right-winger Jacques Chirac had to work with a Socialist-dominated parliament under Premier Lionel Jospin.

The ruling party’s campaign had been shadowed by growing concern over rising prices while new Prime Minister Elisabeth Borne failed to make an impact in sometimes lacklustre campaigning.

French television reports said Borne had gone to the Elysee to talk with Macron even before the projections were published.

The jobs of ministers standing for election were also on the line under a convention that they should resign if they fail to win seats. (Int’l Monitoring Desk)