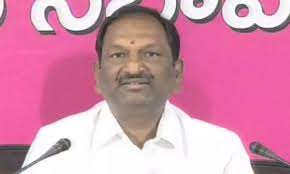 Following the job notification issued by the State government to fill over 81,000 vacant posts in various departments, Minister Koppula Eshwar held a review meeting with officials of the Minority department at his camp office here on Monday and discussed about the arrangements for extending free coaching facility to the minority candidates.

Eshwar said that as the State government is going to take up the recruitment drive in a big way, the necessary arrangements should be made for providing free coaching facility to the minority candidates and every job seeking aspirant should avail the facility. (Press media ofindia)