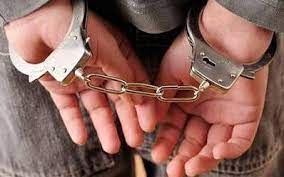 Hyderabad: Four persons, including a womaan, who allegedly smothered to death a techie at his house in Fateh Darwaza in the old city over property issues on Tuesday were arrested by the Kamatipura police.

The vctim, Mir Basith Ali (30) had lost both his parents and lived in a three storied building. His aunt also stayed in the same building after the death of her husband. Shakera and the family of Basith reportedly have their stakes in the ancestral property.

According to the police, differences came up between Basith Ali and Shakera in connection with the building constructed on 500 square yards. “Shakera was frustrated over the fact that Basith was not giving her rent and a share in the property and not allowing her to sell it either,” said Inspector Kamatipura police station, T Komaraiah.

Over a period of time, Shakera developed friendship with Syed Irfan of Gachibowli and both developed intimacy. Irfan promised to help her in the dispute and hired two persons Shiva and Azeem to kill Basith and was waiting for an opportunity.

“On Tuesday when Basith was alone in the house, Shakera informed Irfan, who along with Shiva and Azeem went inside the house and attacked the victim. Irfan who had brought along with him some notary documents took the thumb impression on the paper. Afterwards all of them poured whisky in the mouth of Basith and smothered him to death,” said the Inspector.

After the murder, Shakera and others tried to portray it as a case of suicide. However, the police later found out he was murdered and arrested the four persons. All of them are remanded.