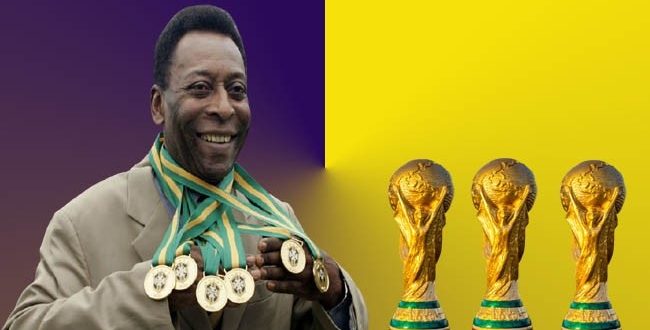 BRASILIA: Football fans were united in mourning on Thursday after the death of Pele at the age of 82, with tributes pouring in for the Brazil great who defined his sport and inspired generations. 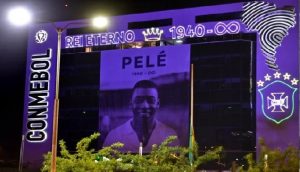 Brazil’s government declared three days of mourning and the arch at football’s cathedral, Wembley Stadium, was lit in the colours of Brazil, while icons of sport and heads of state bowed to the man who rose up from childhood poverty to become a legend.

“I had the privilege that younger Brazilians didn’t have: I saw Pele play, live, at Pacaembu and Morumbi. Play, no. I saw Pele give a show,” said Lula, the president-elect of Brazil.

“Because when he got the ball he always did something special, which often ended up in a goal.”

Former Brazil president Dilma Rousseff wrote: “Thank you for the joy you gave the Brazilian people and the people of the world. No one has been a king so loved.”

There was a minute’s silence at Spain’s LaLiga games and a minute’s applause at Olympique de Marseille’s Stade Velodrome as the sport heaped honour on one of the greatest athletes in modern history. Rio’s “Christ the Redeemer” statue was lit up in green and yellow in tribute. 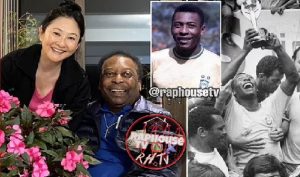 “Before Pele, football was just a sport. Pele changed everything. He turned football into art, into entertainment,” wrote Brazil forward Neymar. “He’s gone, but his magic will remain.”

Former Brazil striker Ronaldo wrote: “The world mourns. The sadness of farewell mixed with the immense pride of history written.”

FIFA President Gianni Infantino wrote in a lengthy tribute that Pele had “achieved immortality,” recalling the top moments from his career, including the “Pele run-around” at the 1970 World Cup and his goal in the 1958 World Cup final at the age of only 17.

“The sight of him punching the air in celebration is one of the most iconic in our sport, and is etched into our history,” said Infantino, who recalled as a child watching Pele starring alongside Hollywood star Sylvester Stallone in the 1981 film “Escape to Victory.”

“In fact, because televised football was still in its infancy at the time, we only saw small glimpses of what he was capable of.”

With 1,281 goals in 1,366 games, according to FIFA, his on-field statistics were matched only by his social impact. 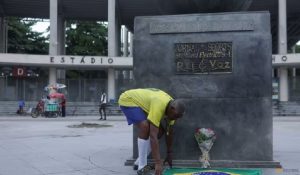 The Brazilian Football Confederation (CBF) declared Pele, the only player to win the World Cup three times, “The King of Football.”

“A Black, poor boy born in Tres Coracoes, Pele showed us that there is always a new path,” the CBF wrote. “The King gave us a new Brazil and we can only thank him for his legacy.”

In New York, where Pele received a $1 million-a-year salary to play in the fledgling North American Soccer League in 1975, fans thanked him for opening up the United States to the “beautiful game.”

“Pele helped transform the domestic landscape of the sport of soccer,” the New York Cosmos said in a statement. “Where once there had been baseball diamonds, now there were also soccer pitches.” (Int’l News Desk)