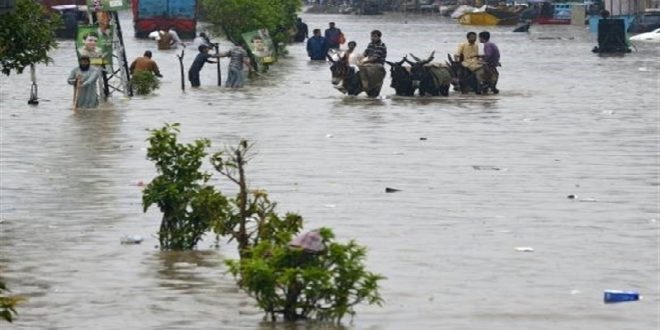 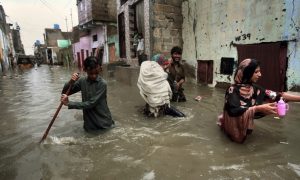 In the southern province of Balochistan, 57 people, including women and children, were killed after being swept away in rising flood waters, Ziaullah Langove, the disaster and home affairs adviser to the province’s chief minister, said on Saturday.

Eight dams had burst due to the heavy rains, Langove said.

Hundreds more people were left homeless after their homes collapsed under the rain and flood waters, he said, adding that the torrential monsoon rains were continuing.

In Pakistan’s northwestern Khyber Pakhtunkhwa province two people, including a six-year-old, died and four were injured when their house collapsed, according to a district official statement. 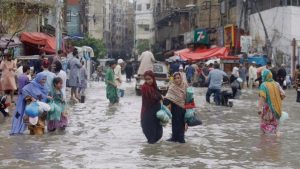 Pakistan’s Navy said it was joining efforts to evacuate citizens and deliver rations and fresh water in Balochistan.

In 2010, the worst floods in memory affected 20 million people in Pakistan, with damage to infrastructure running into billions of dollars and huge swaths of crops destroyed as one-fifth of the country was inundated.

Seasonal monsoon rains, a lifeline for farmers across South Asia, also typically cause deaths and property damage every year.

Pakistan has received 87 percent more rain this monsoon season so far compared with past years, according to the Environment and Climate Change Ministry.

In neighboring Afghanistan, 24 people have been killed by floods in the east and south of the country, a disaster management agency spokesman said on Friday. 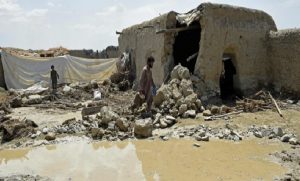 Monsoon rains last month also caused widespread flooding in northeastern Bangladesh and India, stranding some six million people and killing dozens. The flooding in Bangladesh was described by a government expert as potentially the country’s worst since 2004.