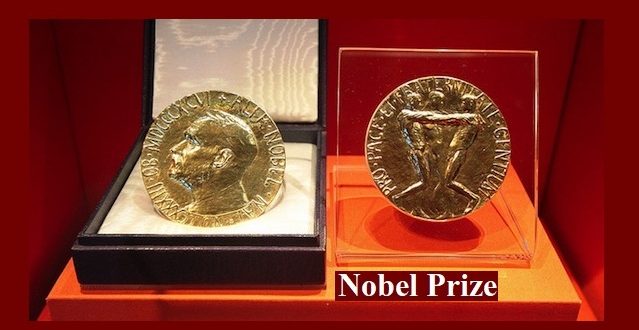 Five things to know about the Nobel prizes

STOCKHOLM: Since 1901, the Nobel prizes have been awarded to men, women and organizations for work that has led to great advances for mankind, in line with the wishes of inventor Alfred Nobel. 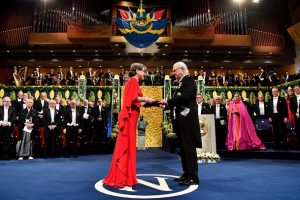 The winners of this year’s prizes will be announced daily from Monday, October 3 through October 10.

Here are five things to know about the prizes and their creator.

Since 1974, the statutes of the Nobel Foundation stipulate that the prize may not be given posthumously. But a person may be awarded if she or he dies between the time of the announcement in October and the formal prize ceremony in December.

Before the change, only two people had won a Nobel posthumously.

One was Dag Hammarskjold, the Swedish secretary general of the United Nations who died in a plane crash in 1961 but was awarded the Nobel Peace Prize later the same year and in 1931, the Nobel Prize in Literature was awarded posthumously to another Swede, Erik Axel Karlfeldt.

In 2011, the medicine prize committee selected Ralph Steinman of Canada, unaware that he had passed away just three days before the prize announcement.

Nevertheless, the foundation decided to give him the award. 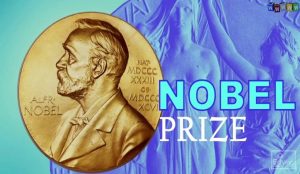 A fortune for a Nobel

The Nobel Prizes come with a tidy prize sum, currently set at 10 million kronor ($895,000) per discipline, along with an 18-carat gold medal.

The 2021 Peace Prize laureate, Dmitry Muratov, turned his gold disc into a fortune to benefit Ukrainian children displaced by the war.

In June, his 196-gram medal including 150 grams of gold sold at auction for a whopping $103.5 million to an anonymous philanthropist. That smashed the previous record for a Nobel medal 21-fold.

On April 12, 1888, Alfred Nobel’s elder brother Ludvig died in Cannes, France but newspaper Le Figaro mixed up the brothers and announced Alfred’s death on its front page under a rather inflammatory headline: “A man who can hardly be called a benefactor of humanity died yesterday in Cannes. He is Nobel, inventor of dynamite”.

Many credit this slight as the inspiration for Nobel’s creation of the prizes, pointing to the wording in his will that the 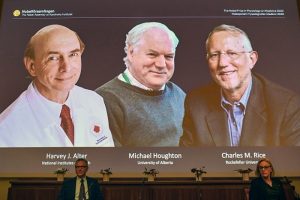 awards should go to those who “have conferred the greatest benefit to humankind”, “but we can only imagine” that this is what happened because the incident is not mentioned in his correspondence, his biographer Ingrid Carlberg told AFP.

As for the visitors who came to offer their condolences at the inventor’s Parisian mansion, they were surprised to be greeted by a very much alive Alfred, as reported by Le Figaro the following day.

A man of many talents, Swedish physicist and chemist Svante Arrhenius won the 1903 Chemistry Prize for his “electrolytic theory of dissociation” but he is now more widely recognised for his other pioneering work: at the end of the 19th century, he was the first to theorise that the combustion of fossil energy which at the time was primarily coal emits carbon dioxide into the atmosphere and leads to global warming.

According to his calculations, a doubling of CO2 emissions would heat the planet by five degrees Celsius; current models suggest a range between 2.6 and 3.9 degrees Celsius.

However, completely unaware of just how much fossil fuel the world would go on to consume, Arrhenius underestimated the speed at which this level would be reached, predicting it would take…3,000 years. 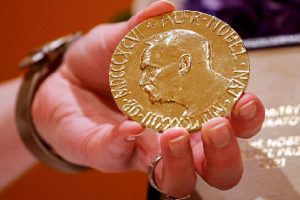 With 120 years under their belt and a name associated throughout the world with excellence, the Nobel prizes are considered the creme de la creme of awards but some critics consider them to be archaic, often honouring discoveries made decades ago and not taking into account newer scientific fields.

The Right Livelihood Award was therefore created in 1980 by a German-Swedish philanthropist after the Nobel Foundation refused to create two new prizes for the environment and international development.

Finland created the one-million-euro Millennium Technology Prize in 2002 to recognise the role technology plays in solving global challenges, while the $1 million Kavli Prizes in Norway have since 2008 honoured discoveries in the fields of astrophysics, nanoscience and neuroscience but the richest prize of them all is the most recent one, the Breakthrough Prize created in 2010 by a group of Silicon Valley entrepreneurs. Dubbed the “Oscars for Science”, they come with a cheque for $3 million, more than three times the winnings of a Nobel Prize. (AFP)