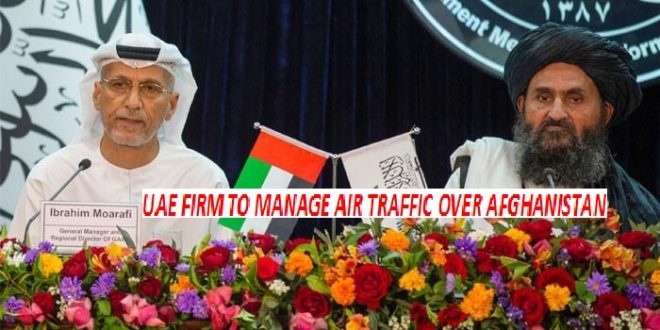 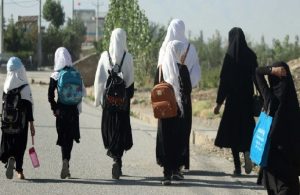 Officially the Taliban have banned girls’ secondary school education, but the order has been ignored in a few parts of Afghanistan away from the central power bases of Kabul and Kandahar.

Mohammad Wali Ahmadi, principal of Shashgar High School in Gardez, told media around 300 girls had returned to school since last week despite there being no change in official policy.

Groups of girls wearing headscarves and hijabs were seen heading to the school on Thursday morning.

“Since the girls came on their own, we haven’t turned them back,” Ahmadi said but, if the education ministry ordered them to close, he would do so “immediately”, he added.

“So far we have not been told to send the girls back,” Ahmadi said.

Khaliqyar Ahmadzai, the provincial head of information and culture, told media five schools had reopened, without offering an explanation.

“A few days ago female students approached the principals of five schools demanding that their schools be reopened,” he said.

“Since then, classes have resumed and these schools are now functioning.” 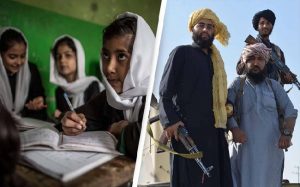 Four of the schools are in Gardez, the capital of Paktia province, and the other is in Samkani.

Officials at the education ministry in Kabul were not immediately available for comment.

Ahmadzai said it was likely that other schools in the province would follow suit.

“If students coordinate with principals, then this process of reopening schools will continue in the province,” he said.

Since seizing power in August last year, the Taliban have imposed harsh restrictions on girls and women.

In March they ordered all secondary schools for girls to be shut down just hours after reopening them for the first time since returning to power.

Officials maintain the ban is just a “technical issue” and classes will resume once a curriculum is defined.

A few public schools did continue to operate in some parts of the country following pressure from local leaders and families.

They remain shut in most provinces, however, including the capital Kabul as well as Kandahar, the de facto power centre of the Taliban. 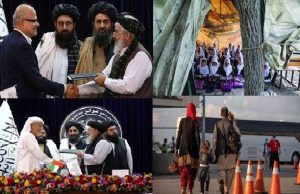 Meanwhile, a United Arab Emirates firm signed a contract with Afghanistan on Thursday to manage air traffic across the country as the Taliban authorities seek to expand international flights.

While some flights are operating out of Kabul airport, significant extra support is needed for major foreign airlines to resume full service.

The full operation of the capital’s airport which was trashed in August last year during a mass evacuation of civilians after the Taliban stormed back to power is seen as crucial to reviving Afghanistan’s shattered economy.

On Thursday, Abu Dhabi-based GAAC signed an agreement that it expects will help bring back major international airlines.

The contract is part of more than $300 million that GAAC aims to invest in Afghanistan over a 10-year period to develop the country’s aviation sector.

The deal allows GAAC to “operationalise airspace to allow the passage of international carriers”, the company´s regional head Ibrahim Moarafi told reporters at a press conference.

He said it also permits GAAC “to restore the navigation services required for the return of major international airlines to Afghanistan´s airports”. 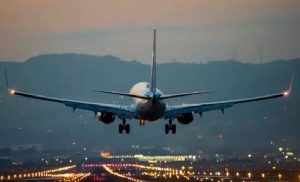 The agreement is the third signed by GAAC with Afghanistan’s ministry of civil aviation and transport this year.

GAAC, which operated in Afghanistan before the Taliban returned to power, has already been awarded separate contracts for ground handling services and the screening of passengers at Kabul and other airports.

“Despite our two previous contracts, we still had some vacuum in our operations when it came to guiding flights crossing through Afghanistan’s airspace,” said deputy minister for aviation and transport Ghulam Jelani Wafa.

“We were short of equipment, while some equipment was broken, and it used to restrict our operations,” he added.

No country has yet formally recognized the Taliban government, which has increasingly stripped away the freedoms of Afghans, particularly women.

Air traffic control at Kabul airport is currently being handled by a team of Afghans trained by experts from Uzbekistan and Qatar.