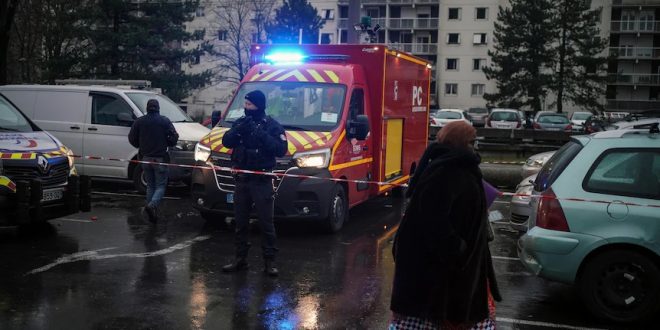 Fire near French city of Lyon kills 10, including 5 kids

PARIS: Ten people, including five children aged three to 15, were killed in a fire in the early hours of Friday in a residential building in Vaulx-en-Velin, near the French city of Lyon, Interior Minister Gerald Darmanin said. 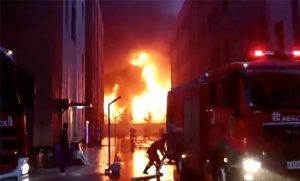 Another four people were seriously injured in the fire, which started on the ground floor before spreading up the seven-storey building, rescue authorities told local media.

Footage on social media showed a huge, dark cloud billowing above the building earlier in the day.

“I was woken up by the screams,” a neighbour, Mohamed, told Le Progres de Lyon newspaper. “We wanted to help people but the smoke was too thick.”

Other witnesses, quoted by local media said a woman had thrown her child into the crowd, which managed to catch him. She then jumped out of the window to escape the fire and smoke and fell to her death.

The Lyon prosecutor’s office opened an investigation to determine how the fire broke out, and said it could not rule out any hypothesis, including that someone started the fire deliberately. 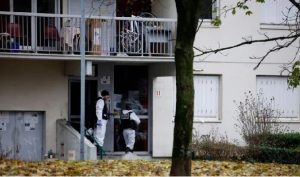 Darmanin, who is heading to the scene on Friday, said there were “several scenarios”.

Neighbours told media, including Le Progres de Lyon and BFM TV, that squatters possibly drug dealers had lived on the ground floor of the building, located an underprivileged suburb of Lyon where many feel abandoned by public authorities.

In February 2019, 10 people were killed and 96 wounded in a fire in Paris which was the deadliest in the French capital since 2005.

In 2005, 24 people were killed in a fire in a residential home used by families of African origin. A woman was jailed for starting it by throwing clothes on candles during an argument. (Int’l Monitoring Desk)

Share
Previous World not ‘stupid’ when it comes to recognising Pakistan as ‘epicentre’ of terrorism: Jaishankar
Next World’s largest cylindrical aquarium bursts in Berlin