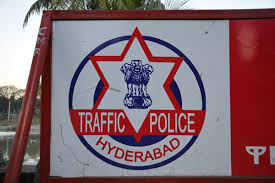 Hyderabad, Dec.23 (PMI): “Fake news” about a Traffic Police Lok Adalath at Goshamahal Police grounds drew hundreds of motorists to the venue on Sunday.
A message was circulated on social media for the last few days stating that a Traffic Lok Adalath will be held on December 23 at Goshamahal Police grounds. It further stated that there will be a waiver of 50 per cent on all traffic penalties. Although, the Traffic police announced that it was just a rumour, several persons on Sunday made a beeline to the place believing in the fake news. After turning back several persons, the local police ended up in putting a banner saying it is false news.
The Shahinyathgunj police had a tough time to convince the public about the fake news of Traffic Lok Adalath since this morning. (PMI)