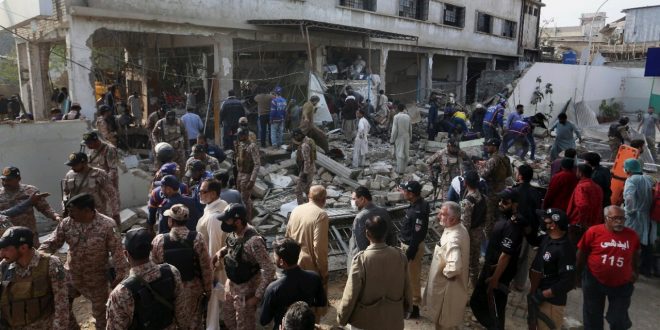 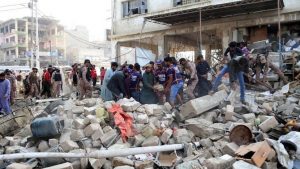 KARACHI: An explosion at bank in the Pakistani city of Karachi killed multiple people and injured several others, officials said.

The explosion was caused by a build-up of gas in the sewage line located under a private bank near Paracha Chowk in Karachi’s Shershah area, according to initial reports from authorities while the independent sources claimed that the reality has been keeping secret.

The exact number of people killed and injured in the blast varied in initial reports. A Karachi police spokesperson told PMI that at least 17 people died and 13 others were injured, while the other sources say, at least 14 people were killed and 12 were injured.

Karachi police spokesperson Zafar Ali Shah told media the private bank had been served a notice to vacate the premises so the drain could be cleaned up.

Shah added that the bank’s building and nearby petrol pump was damaged in the explosion. 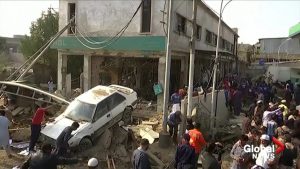 The police spokesperson also said that there was no evidence of terrorism.

Among the dead was the father of National Assembly member Alamgir Khan, Dilawar Khan, according to a tweet by Shahbaz Gil, special assistant to Pakistani Prime Minister Imran Khan.

Murad Ali Shah, Chief Minister of the Sindh province of Pakistan, ordered a detailed inquiry and instructed the provincial Chief Secretary to ensure quality medical care to the injured.

Sindh Information Minister Saeed Ghani, who reached the site of the blast and reviewed the ongoing rescue operation, told reporters the Karachi trade group SITE Association of Industry constructed the bank’s building and rented it out, and construction of any structure on a drain was not legal.

“Apparently, and I am not saying this with finality, the SITE Association is responsible for the incident as it constructed the affected building [on a drain] and gave it on rent,” Ghani told reporters.

Share
Previous Man beaten to death at India’s Golden Temple
Next Message of Christmas is to do good to others and to spread humanity;Anjani kumar Cp Hyd