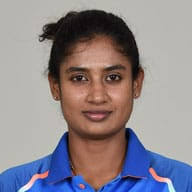 Hyderabad, Indian women’s cricket team skipper Mithali Raj on Tuesday was gifted a BMW by Chamundeswarinath, vice-president of Hyderabad Badminton Association. Chamundeswarinath presented her the car at the Pullela Gopichand Badminton Academy as a reward for her performance at the recently concluded ICC Women’s World Cup.

India played against England for the Women’s World Cup. Prime Minister Narendra Modi praised the Indian women’s cricket team, saying it had captivated the country despite losing the World Cup final. “Mithali has been a great influence on Indian cricket. The way she has led the side is remarkable. For a number of years, she has been the leading light of the Indian women’s cricket,” he said. This is the second time that Chamundeswarinath gifted her car. Previously, he gifted her Chevrolet in 2007.