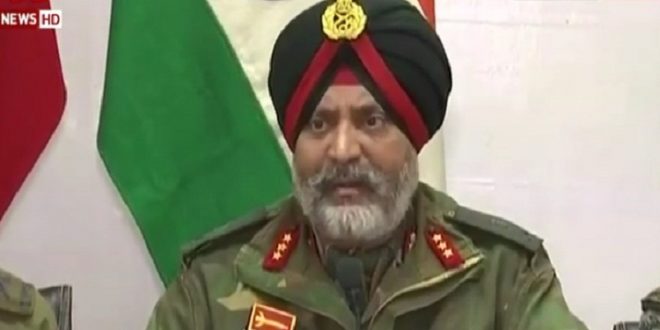 Eliminated top leadership of JeM in less than 100 hours of Pulwama attack: Army

The Army today said it has eliminated the top leadership of Jaish-e-Muhammad in less than 100 hours of the Pulwama terror attack on the CRPF convoy.

Addressing a press conference at Army’s 15 Corps Headquarters in Srinagar on yesterday’s encounter in Pinglena area of the district, Lt General K S Dhillon said the JeM leadership based in Pakistan was behind the CRPF convoy attack.

He said the whole operation was controlled from Pakistan with the active support of its Army and spy agency ISI.  Lt Gen Dhillon said the security forces jointly tracked the JEM leadership module and neutralized the outfit’s top leaders.

He said Kamran, the top commander of the JeM which carried out the attack on the CRFP convoy in Lethpora area of Pulwama on the 14th of this month has been eliminated. He said the role of those involved in the attack is being investigated.

General Dhillon informed that the injured CRPF jawans are doing well. He appealed to parents in the Valley to ask their children involved in militancy to surrender. Lt Gen Dhillon said anyone who picks up a gun in Kashmir will be eliminated.