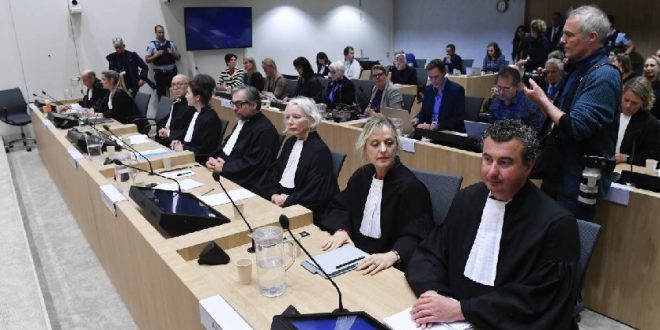 AMSTERDAM: Dutch judges on Thursday convicted three men of murder for their role in the 2014 shooting down of Malaysia Airlines Flight MH17 over Ukraine, and sentenced them to life in prison in absentia. A fourth man was acquitted. 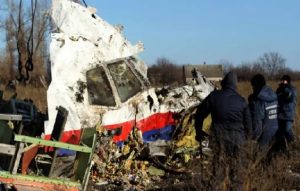 MH17 was a passenger flight that was shot down over eastern Ukraine on July 17, 2014, killing all 298 passengers and crew.

“Only the most severe punishment is fitting to retaliate for what the suspects have done, which has caused so much suffering to so many victims and so many surviving relatives,” Presiding Judge Hendrik Steenhuis said, reading a summary of the ruling.

Families of victims stood weeping and wiping away tears in the courtroom as Steenhuis read the verdict.

The three were all found to have helped to arrange the transport into Ukraine of the Russian military BUK missile system that was used to shoot down the plane, though they were not the ones that physically pulled the trigger.

They are fugitives and believed to be in Russia. Extradition is considered unlikely.

A fourth former suspect, Russian Oleg Pulatov, was acquitted on all charges.

The incident in 2014 left the plane’s wreckage and victims’ remains scattered across cornfields. The area at the time was the scene of fighting between pro-Russian separatists and Ukrainian forces, the precursor of this year’s conflict. 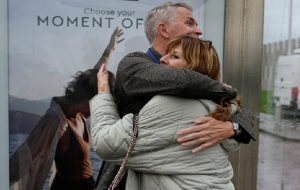 Russia invaded Ukraine in February and claims to have annexed the Donetsk province where the plane was shot down.

“The families of victims wanted the truth and they wanted justice to be done and those responsible to be punished and that is what happened. I am pretty satisfied,” Piet Ploeg, who heads a foundation representing victims, told Reuters. Ploeg’s brother, his brother’s wife and his nephew died on MH17.

The judgment included a 16 million euro damages award to victims that will be paid by the Dutch state if it is not paid by the convicted men.

Ukrainian President Volodymyr Zelenskiy hailed the first sentences handed down over MH17 as an “important decision” by the court in The Hague “but it is necessary that those who ordered it also end up in the dock because the feeling of impunity leads to new crimes,” he wrote on Twitter. “We have to dispel this illusion. Punishment for all Russian atrocities – both then and now – will be inevitable.”

Steenhuis said the convicted men did not enjoy any immunity from prosecution as they were not members of the Russian armed services.

“There is no reasonable doubt” that MH17 was shot down by a Russian missile system, Steenhuis said. 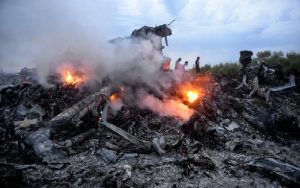 Eyewitness testimony and photographs introduced into evidence tracked the missile systems’ movements in and back out of Ukraine to Russia.

Moscow denies any involvement or responsibility for MH17’s downing and in 2014 it also denied any presence in Ukraine.

In a briefing in Moscow on Thursday, Deputy Foreign Ministry Spokesman Ivan Nechaev told reporters the government would examine the court’s findings.

“We will study this decision because in all these issues, every nuance matters,” he said.

Prosecutors had charged the four men with shooting down an airplane and with murder in a trial that was held under Dutch law.

Phone call intercepts that formed a key part of the evidence against the men suggested they believed they were targeting a Ukrainian fighter jet.

Steenhuis said that, while that counted for something in terms of lessening the severity of their criminal responsibility, they had still had a murderous intent and the consequences of their actions were huge. 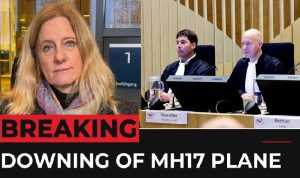 Of the suspects, only Pulatov had pleaded not guilty via lawyers he hired to represent him. The others were tried in absentia and none attended the trial.

Victims of MH17, which had been en route from Amsterdam to Kuala Lumpur, came from 10 different countries. More than half were Dutch.

The police investigation was led by the Netherlands, with participation from Ukraine, Malaysia, Australia and Belgium.

The Dutch court decision is not the final word.

Andy Kraag, the head of the police investigation, said research was continuing into possible suspects higher in the chain of command.

Prosecutors have also not ruled out indictments against the persons who actually operated the missile launcher, though they have not been publicly identified as suspects. (Int’l Monitoring Desk)