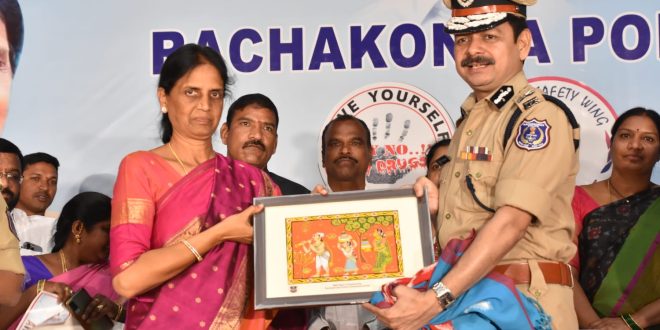 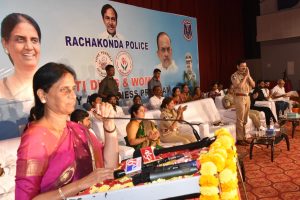 Speaking on the occasion, the Chief Guest of the program, Smt. Sabitha Indra Reddy, Hon’ble Minister for Education, Telangana emphasised on how the usage of drugs has been adversely affecting the society and especially the youth. She assured that the State Government is committed to eradicate any type of drug abuse. She exhorted police to make fight against drugs, a social responsibility and involve everyone to make it a social movement to achieve the goal of Drug-Free Telangana.
Rachakonda CP, D.S. Chauhan, IPS urged the students not to try drugs even once in their lifetime. While assuring the students, he said “we will 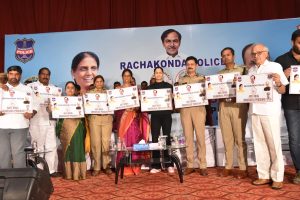 take awareness drives in all colleges and hostels. Simultaneously, we will take stringent measures to destroy the entire drug chain, right from the dealers, drug peddlers to consumers”. He mentioned that Rachakonda police have till now booked a total of 9 cases since the year beginning in which, a total of 6.315 kgs of ganja, 12 LSD, 36 grams of Meth and a total of 10 drug peddlers and consumers have been arrested.
DCP LB Nagar, Sunpreeth Singh IPS., DCP Saleema IPS., She Teams, Addl. DCP Shameer CAR Amberpet, ACP Vanasthalipuram Purushotham Reddy, Mayor and Deputy Mayor of Meerpet, Table Tennis Player Naina Jaiswal and students from various educational institutions attended the program.(PMI)