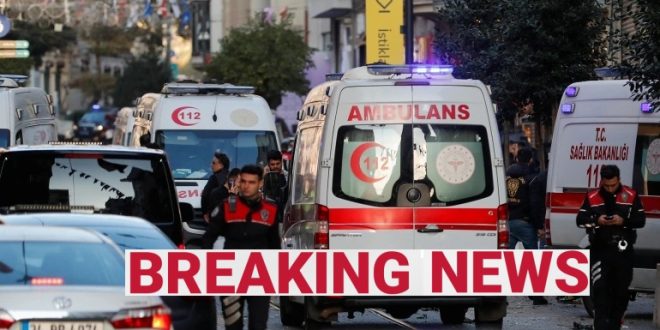 Footage showed ambulances, fire trucks and police at the scene in the Taksim area of the city on Sunday. The cause of the explosion was not clear. 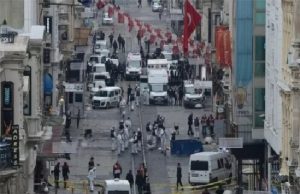 “There are strong suspicions that this was a suicide bomb, but we don’t have any official statement yet,” journalist Sinem Koseoglu said from Istanbul.

The avenue is a crowded thoroughfare popular with tourists and locals, lined by shops and restaurants. Social media users said shops were shuttered and the avenue closed down.

Koseoglu said the explosion comes as a shock, as there have not been any recent warnings over attacks in the city “but security measures have remained high in the area,” she said. (Int’l Monitoring Desk)

It’s a developing news and being updated through sources.