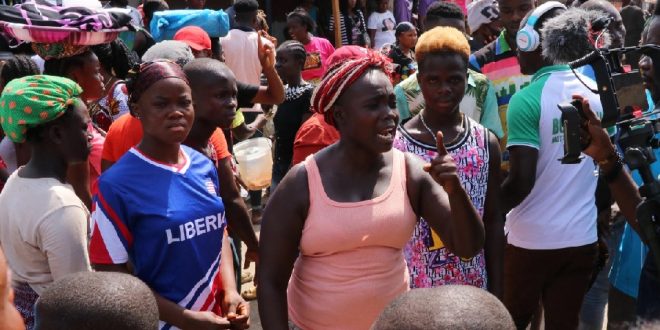 Dozens killed in stampede at church event in Nigeria

LAGOS: At least 31 people have been killed during a stampede at a church charity event in southern Nigeria’s Port Harcourt city, according to the police. 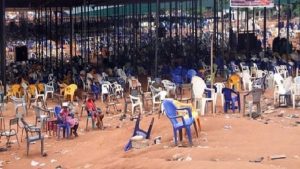 Hundreds of people who had turned up to receive food at the event early on Saturday broke through a gate, causing the stampede, Grace Iringe-Koko, police spokesperson for Rivers state, of which Port Harcourt is the capital, said.

Many of the people queued from Friday to gain access to the Port Harcourt Polo Club, the venue of the annual “Shop for Free” charity program organized by the Kings Assembly Pentecostal Church.

“People were there earlier and some got impatient and started rushing, which led to stampeding. The police are on the ground monitoring the situation while the investigation is ongoing,” Iringe-Koko told Reuters.

The police spokesperson said seven others were injured but are “responding to treatment” in the wake of the stampede at the event that organizers said was aimed to “offer hope” to the needy.

The police spokesperson said an investigation has been launched and a report would be released in due course. 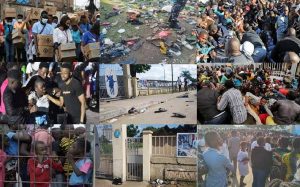 “Witnesses say the number could be higher than the official figure given by police. A similar incident also happened in December 2020 after a business organization tried to give out donations to poor people in Port Harcourt,” Mbah said.

“About eight people were killed in that incident. The government has called for an investigation to find out whether adequate security measures were put in place to ensure such incidents do not happen again,” he added.

Videos from the scene showed the clothing and shoes meant for the beneficiaries scattered on the ground. Doctors and emergency workers treated some of the injured as they lay in the open field.

The “Shop for Free” event was suspended while authorities investigated how the stampede occurred.

Such events are common in Nigeria, Africa’s largest economy, where more than 80 million people live in poverty, according to government statistics.