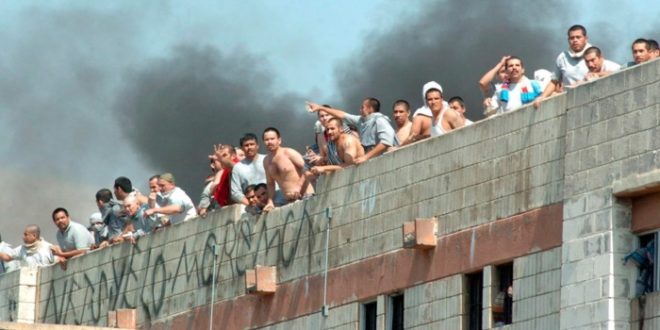 MEXICO CITY: Dozens of inmates have escaped from a prison in northern Mexico after gunmen, suspected to be members of a drug cartel, opened fire on the facility. 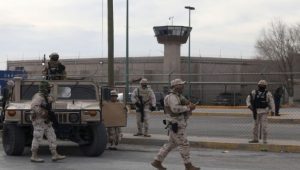 The men arrived outside the Chihuahua state prison shortly after 07:00 (14:00 GMT) in armoured vehicles and began firing on the guards, authorities say.

Ten were killed, along with four prisoners, during the audacious and brutal attack in the border city of Ciudad Juarez.

Fighting within the prison, where inmates from differing criminal bands and drug cartels are housed in separate cellblocks, also left 13 people injured. Four of them are being treated in hospital, prison authorities said.

Outside, relatives gathered, hugging each other and crying as they waited for news.

One woman said the attackers were dressed in black, were better armed than the police, and were shooting at any vehicles that passed by.

The army and the National Guard have been called in to support local authorities in the aftermath. 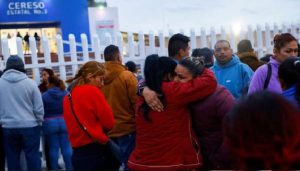 The city has seen years of violent clashes between the rival Sinaloa and Juarez drug cartels, killing thousands of people in the past decade.

The prison was also the site of an uprising last August in which a riot inside the jail spilled over into the streets, killing 11 people.

Both incidents underline the strength which the drug cartels still exert on the prison system.

Prosecutors in the city, which is across the border from El Paso, Texas, have promised an investigation into the latest attack.

Minutes before the escape, armed men fired on police on a nearby street, setting off a car chase that ended up with four men being detained.

In a different area of the city, two more drivers died after what officials called armed aggression. Authorities have not yet said whether the incidents are believed to be linked. (Int’l Monitoring Desk)