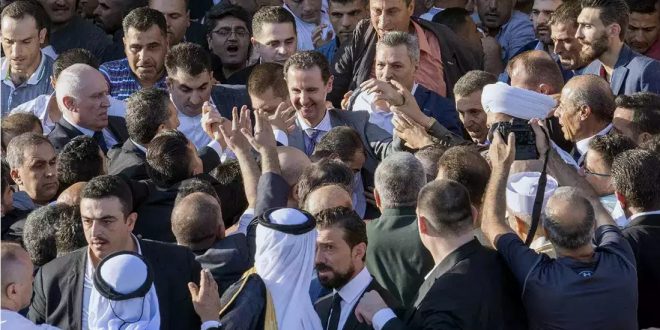 DAMASCUS: Dozens people have been killed and dozens wounded in the southern Syrian province of Sweida in clashes between armed residents and gangs aligned with the government security agencies, activists and local media said. 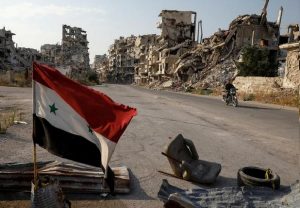 Ten government loyalists from the “Falhout” faction and seven local fighters died in fighting on Tuesday and Wednesday in two villages in the Druze-majority province, the Britain-based Syrian Observatory for Human Rights said, raising the toll from 10 a day earlier.

The monitor said that more than 40 people were wounded, including civilians.

The province has remained mostly shielded from the bloody conflict that has ravaged the rest of the country since 2011 but sporadic rallies have taken place over deteriorating economic conditions.

Tensions had risen since Monday, after the abduction of two people close to local armed groups.

Residents had also been growing increasingly frustrated at government-backed fighters carrying out arbitrary detentions, random roadblocks and kidnappings for ransom, said Rayan Maarouf, an activist and head of the Suwayda 24 local media outlet.

“This uprising flared up very suddenly and there were attacks on the bases of these armed groups, which are reinforced with heavy weapons,” Maarouf told Reuters late on Wednesday.

The resulting fighting left 17 people dead, according to Sweida’s health directorate, which was cited by both Suwayda 24 and the pro-government al-Watan newspaper on Thursday. 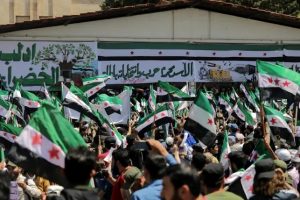 The local fighters found “machines and presses for the manufacture of Captagon pills” in one of the loyalist leader’s bases, the Syrian Observatory and Suwayda 24 said, referring to an amphetamine-type stimulant mainly produced in Syria.

The clashes ended when the local fighters surrounded the village headquarters of the pro-Damascus faction blamed for the kidnappings.

The Syrian government has not commented on the violence but al-Watan said the fighting had quietened and negotiations over a settlement were under way.

The men kidnapped at the weekend were ultimately released, Suwayda 24 reported.

Kidnappings and assassinations, carried out mostly by local gangs, are common in Sweida, where drug smuggling is rife, especially across the border with Jordan.

Sweida had seen rare protests earlier this year, when dozens gathered in the provincial capital to demand a halt to cuts in gas subsidies.

Government institutions and security forces are present in the province, while Syrian troops are deployed not far from its borders. 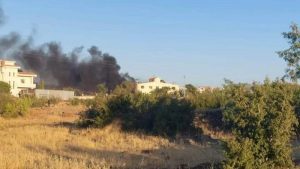 Meanwhile, Turkish President Recep Tayyip Erdogan says his country’s plan for a new military offensive in neighbouring Syria will remain on the agenda until its security concerns are addressed.

Erdogan, who announced earlier this year that Turkey would launch a new offensive in northeast Syria against the Kurdish People’s Protection Units (YPG), held talks on Syria with his Russian and Iranian counterparts in Tehran on Tuesday.

During the talks, he sought support for a new Turkish operation against the YPG.

Speaking to reporters on his return flight late on Tuesday, Erdogan said the three countries were united in counterterrorism efforts despite having different views on some Syria-related issues, adding that he believes all three think alike regarding the YPG.

Ankara views the YPG as a “terrorist” organisation and as an extension of the outlawed Kurdistan Workers’ Party (PKK). It has long made it clear it wants to clear the YPG from the border area. (Int’l Monitoring Desk)