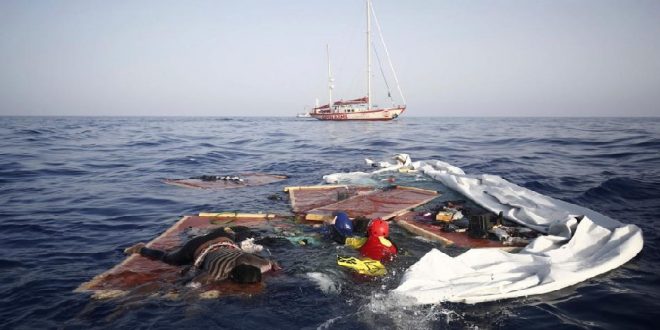 ATHENS: Dozens of people seeking new lives in Europe by crossing the Mediterranean have died in a pair of unrelated boat accidents, according to Greek officials.

One boat sank off the island of Lesbos after encountering strong winds. There were 40 people on board, reportedly all women. By Thursday morning, 16 of them had been found dead, the Greek coast guard said. 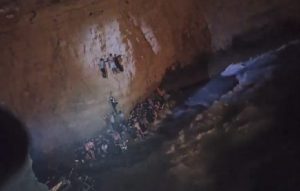 Nine were reportedly saved, while boat and helicopter searches continued for 15 other women.

Meanwhile, a sailboat carrying about 95 refugees and migrants crashed into a rocky cliff amid strong winds late on Wednesday off the island of Kythira.

Rescue crews reported that 80 people had been rescued, but that two had been found dead by Thursday morning.

“We could see the boat smashing against the rocks and people climbing up those rocks to try and save themselves. It was an unbelievable sight,” Martha Stathaki, a local, told The Associated Press.

“All the residents here went down to the harbour to try and help.”

Fire service rescuers lowered ropes to help the refugees climb up the cliffs. Navy divers are expected to join the effort later on Thursday. 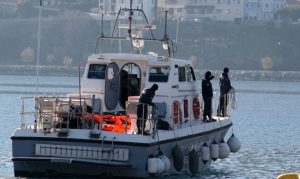 Local officials said a school in the area would be repurposed to shelter the rescued.

Greece was the front line of Europe’s crisis in 2015 and 2016, when a million refugees fleeing war and poverty from Afghanistan, Iraq and Syria arrived, mainly via Turkey.

The number of refugee arrivals has fallen sharply since, but desperate people still try to enter the country by sea through its islands.

The coastguard says it has rescued about 1,500 people in the first eight months of the year, up from fewer than 600 last year.

In December, at least 30 people died in three separate refugee boat sinkings in the Aegean. Exact tallies are hard to keep as some bodies are never recovered or reach shore weeks later.

Greece has rejected persistent claims from rights groups that many people have been illegally pushed back to Turkey without being allowed to lodge asylum claims. 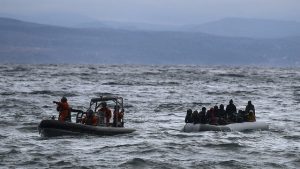 This week, Greece’s Minister of Migration and Asylum Notis Mitarachi alleged Turkey is “violently pushing forward migrants to Greece, in violation of international law” and a 2016 migration agreement with the EU.

Crisis-hit Lebanon has also seen an increase in sea crossings towards Europe.

More than 150 people were on board a small boat that sailed on Wednesday morning with the hope of reaching Italy for a better life.

Due to the high waves, the boat lost control and capsized off the Syrian port of Tartous, some 50km (30 miles) north of Tripoli in Lebanon. About 100 people are estimated to have died.

Those on board were mostly Lebanese, Syrians and Palestinians, and included both children and the elderly, according to the United Nations. (Int’l Monitoring Desk)