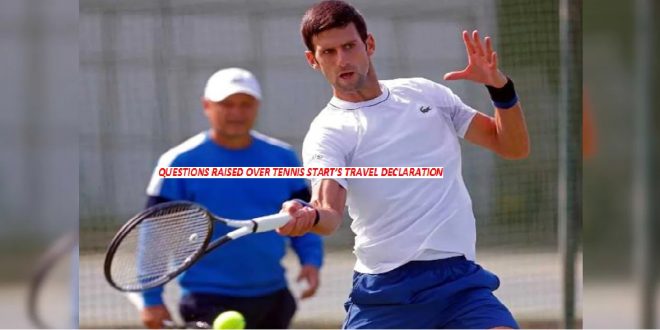 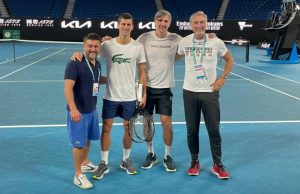 MELBOURNE: Tennis superstar Novak Djokovic trained at the Australian Open venue on Tuesday (Jan 11) in search of a record 21st Grand Slam but his dream hung in the balance as the government pondered cancelling his visa, again.

The world number one had scored a surprise courtroom victory the day before, overturning the Australian government’s decision to cancel his visa on COVID-19 vaccination grounds but the immigration minister said he may annul Djokovic’s visa once more.

The unvaccinated 34-year-old Serbian ace says he is determined to stay in Melbourne and compete in the Australian Open, which starts in six days.

“I flew here to play at one of the most important events we have in front of the amazing fans,” Djokovic said on Instagram on Monday.

Wearing a T-shirt and shorts, he limbered up in a gym on Tuesday accompanied by coach Goran Ivanisevic before heading to centre court, AFP journalists saw. 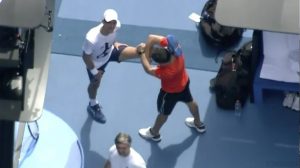 Television cameras filmed him from helicopters as he played.

Djokovic, a nine-time Australian Open champion, jetted into the country six days ago carrying a medical exemption from vaccination due to a positive coronavirus test on Dec 16 last year.

After overnight questioning at Melbourne airport, border officials decided the exemption was not valid, cancelled his visa and transferred him to a detention centre pending deportation.

“I am not vaccinated,” Djokovic had told the border official, according to a transcript released by the court.

Djokovic’s visa was revoked on arrival in Melbourne last week before being reinstated by a judge on Monday but Australia’s immigration minister still has powers to re-cancel the visa and deport the unvaccinated player. 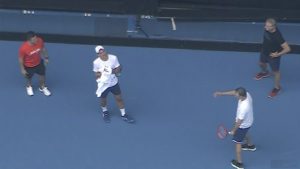 Djokovic – who is hoping to defend his Australian Open title next week – has not commented on the latest reports.

The 34-year-old Serb player’s entry form stated he had not travelled in the 14 days before his arrival on 6 January.

Social media posts appear to show him in both Serbia and Spain during that fortnight.

Djokovic told border officials that Tennis Australia completed the Australian Travel Declaration on his behalf, the Sydney Morning Herald reported. It is not clear whether this would help him in the event it is challenged.

The Australian Border Force (ABF) did not immediately confirm the reports. Djokovic’s lawyers told the BBC they had no comment at this stage.

After being released from detention on Monday, Djokovic posted a photo of himself and his team – including coach Goran Ivanisevic – on court at the Rod Laver Arena in Melbourne.

Share
Previous US man gets pig heart in world-first transplant
Next Half of Europe to catch Omicron: WHO