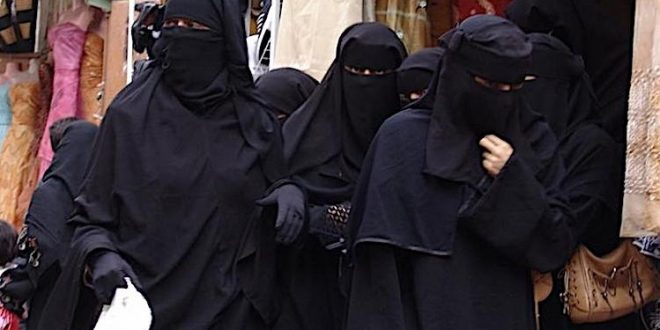 COLOMBO: Apart from looking after her toddler, Maram Khalifa’s days consist mostly of trying to find ways to bring her husband home. 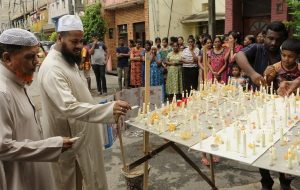 Hejaaz Hizbullah, a prominent Sri Lankan civil rights lawyer, has been in prison for about 20 months, under anti-terrorism charges. Prosecutors accuse him of hate speech and causing communal disharmony.

They allege that Hizbullah gave a speech to young Muslim boys inciting them against the Christian community.

Hizbullah, who is from the minority Muslim community, spent more than a year in prison before the charges were levelled in April 2021, and he has remained in prison since. His trial is due to begin later this month. His wife firmly rejects the charges.

“He was outspoken, very active in defending Muslim rights and minority rights in general,” she told the BBC. The charges against her husband were “a message to anyone who wants to speak about against racism, against discrimination”, she said.

Hizbullah was first arrested in connection with the devastating 2019 Easter Sunday suicide bombings, carried out by local Islamists. More than 260 people were killed when high-end hotels and churches were targeted. 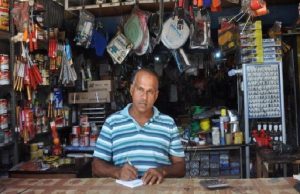 Initially, he was accused of having links with one of the bombers. His lawyers say the prosecution later dropped those allegations after they pointed out that he had only appeared in two civil cases involving property disputes for the father of the attacker, a well-known spice trader.

Amnesty International last year called Hizbullah, a vocal critic of the government, a “prisoner of conscience”.

Activists say that the arrest of Hizbullah is part of ongoing harassment of the minority community in recent years. Ethnic fault lines run deep in Sri Lanka, where Muslims constitute less than 10% of the country’s 22 million people, who are predominantly Sinhalese Buddhists.

Muslims were allies of the government during the nearly three-decade war against the Tamil Tiger rebels, who were fighting for a separate homeland for the other minority Tamil community but Muslim leaders say the attitude of a section of the majority Sinhalese towards them changed after the war ended with the defeat of the Tamil Tigers in May 2009.

Rights groups point out that there had been anti-Muslim riots, targeting houses and businesses, by the ethnic Sinhalese mob even before the Easter Sunday attacks took place. 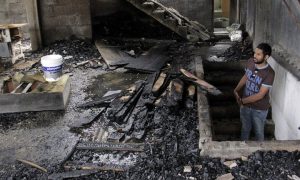 The Easter Sunday bombings were a watershed moment. Weeks after the attacks, Muslim properties and mosques were vandalized by Sinhalese mobs and hate speech became virulent on social media. The Muslim community was demonized and there were calls by Sinhalese hardliners to boycott Muslim shops.

The current president, Gotabaya Rajapaksa, who as defence secretary led the war efforts against the Tamil rebels, came to power in November 2019 with a strong backing from Sinhala Buddhist nationalists. He campaigned on a platform of national security.

With his elder brother Mahinda Rajapaksa winning parliamentary elections a year later, the Rajapaksas firmly tightened their grip on power.

“For the government it is a trump card that they keep using to keep the vote base – saying that there is a threat to the country from Islamic extremists,” Hilmy Ahamed, from the Muslim Council of Sri Lanka. (Int’l Monitoring Desk)